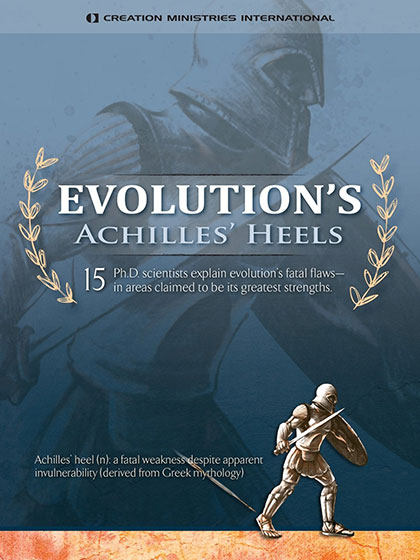 I’ve watched this at least 5 times now, and many sections many more times than that. This is the best, most succinct, most content-dense, anti-evolution presentation I’ve ever seen.

That said, my first go-through didn’t leave me all that impressed. I was watching it while doing some paperwork, not giving it my full attention, and what I saw just seemed to be a bunch of interviews, lots of talking heads. It didn’t seem all that interesting.

But when I gave it another go and actually paid attention…. Whoah!

What the folks at Creation Ministries International have done here is, in one hour-and-a-half presentation, boiled down all their very best arguments into the shortest possible form. That’s why I’ve watched it so many times already – I had to keep stopping, rewinding, and then listening to sections again because so much of what these interviewees say in just a sentence or two is something that others have written articles and even whole books on.

At first listen, this struck me as a great turn of a phrase, and it certainly is. But let’s hit the pause button and just think about all that’s being said here in just this one line. Survival of the fittest (AKA natural selection) is supposed to explain how species adapt and change: those with advantageous mutations will prosper, while those without will eventually die off. But survival of the fittest is a selective process – it picks the best out of the group. How then, does it work before there is a group to pick the best and brightest from? Natural selection is a key mechanism for evolution, but it doesn’t offer any explanation for how animals come to be in the first place! This one, short, ever so quotable line, points out a gigantic problem with evolutionary theory!

In addition to Dr. Batten, the documentary features 8 other PhD scientists, and together they highlight, as the title puts it, Evolution’s Achilles’ Heels. They cover a wide range of problems, grouped under categories like the Fossil Record, Genetics, Natural Selection, Cosmology and Radiometric Dating. I really can’t praise it highly enough: from beginning to end this is brilliant, and as good an introduction to the problems with Evolutionary theory as you will ever find. If an evolutionist friend was willing to watch one video of my choosing, this is definitely the one I would pick.

And if you like this video, be sure to track down the book of the same name which, while also concise, has the space to dig even deeper.