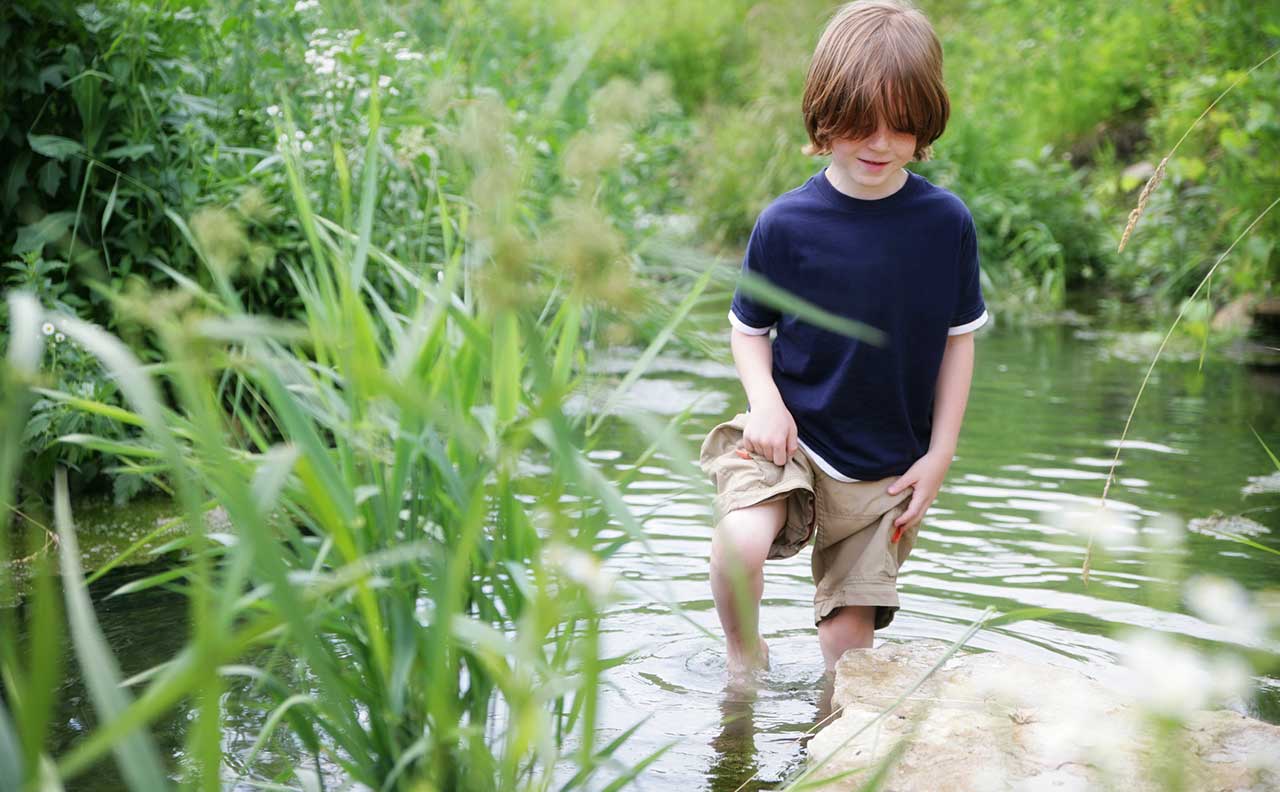 In 1997, while completing a science fair presentation, 14-year-old Nathan Zohner devised a way to test for bad environmentalists. The first part of his presentation was on the dangers of dihydrogen monoxide. He noted this chemical:

After explaining these risks, Nathan surveyed his listeners and asked how many of them would support a ban of this hazardous chemical. Of the 50 students surveyed, 43 supported a ban, 6 were unsure, and only one realized that dihydrogen monoxide is H2O, or water.

Marks of a baddie

Some might object that these students weren’t actually bad environmentalists – they were just tricked.

But how were they tricked? Nathan never lied to them, and never even exaggerated the truth. He told them the chemical’s true hazards: water is a major component of acid rain, it can cause severe burns in its gaseous form, and drowning (accidentally inhaling water) is often lethal. True, they wouldn’t have banned water if they had known it was water, but the point is they were willing to ban a very useful chemical based on very limited information.

And they aren’t the only ones. Bad environmentalists abound, and some of them are very influential. Before Christians side with an environmental initiative, we need to sure the people we’re listening to are good environmentalists. Telling the difference between the good and bad ones can often be very hard, but the “baddies” have at least a couple of flaws that Christians can be on the lookout for.

1. They make decisions based on one-sided information

These students were ready to ban a chemical after only hearing about its hazards. Would they have come to a different conclusion if they had also heard about dihydrogen monoxide’s many benefits?

Just imagine if Nathan had told them that yes, it can be lethal when inhaled, but on the other hand, if Man is deprived of it for as little as three days, he will die. And that without it, plant growth is impossible. Hmmm…this dihydrogen monoxide sounds like a pretty important chemical, doesn’t it? They wouldn’t need to know it was water to come to a different conclusion; they would just need to know about its benefits. The problem was, they made a decision based on a one-sided presentation.

In Proverbs 18:17 God speaks to this very issue. There we read: “The one who states his case first seems right, until the other comes and examines him.” When we hear just the one side, we simply don’t have enough information. Based on what the students heard, it made sense to ban water. However, they didn’t have all the information. They needed to hear the other side.

Far too often we will find environmentalists emphasizing only the one side. A classic example involves the chemical DDT. It has been vilified for the last number of decades and yet since its commercial introduction in 1944 it has been credited with saving millions of lives (some estimates put it between 100 million and 500 million). Though it is useful as a general insecticide its most impressive results came when it was used to stop mosquito-born diseases like malaria. In 1948, for example, Ceylon (Sri Lanka) had 2,800,000 reported cases of malaria. In 1962 large-scale DDT programs had reduced that to only 31 cases. Results like this garnered Dr. Paul Muller – the Swiss chemists who patented DDT as a contact insecticide – the Nobel Prize in medicine.

But the odds are, when you hear the word DDT, you don’t think of a beneficial chemical. You are more likely to recall the accusations leveled against the chemical in the 1960s. Environmentalists back then tried to get DDT banned, claiming it:

1) was harmful to bird populations, because it caused a thinning of their egg shells,
2) was persistent in the environment and didn’t break down quickly
3) was a cause of human disease since it built up in human fatty tissues.

There was some merit to these claims, particularly the first one, but there was a good deal of hype as well. Even as US bird populations were supposed to be suffering due to DDT spraying, the Auduborn Society was noting an upward trend in the numbers of most birds. The persistence of DDT in the environment was both a hazard as well as a benefit, as it meant the chemical didn’t need to be sprayed as often. It was true that DDT did build up in the fatty tissues of animals and humans, but only to very low levels that hadn’t been shown to be hazardous.

The point here is not to argue that DDT is harmless. Its use does seem to have some impact on birds and here in the western world we were able to afford other methods that are safer to birds. But the move to ban this chemical was a worldwide movement. In 1963, the last year Ceylon had wide-scale DDT spraying, malaria cases had dropped to 17. Then they stopped and by 1969, only 6 years later, the number of cases had risen back to 2,500,000. India used DDT to bring their cases of malaria down from an estimated 75 million in 1951 to only 50,000 cases in 1961. But then they reduced their use of DDT and by 1977 the number of malaria cases had risen to at least 30 million.

Even if you accept all of the claims made about the hazards of DDT, even if you believe it does cause harm to birds and may even be a contributing factor in some cancers, DDT was still a cheap and effective means of fighting malaria. If you factor in both the hazards and the benefits DDT was a clear winner.

But of course, if you just focus on the hazards even water should be banned.

Nowadays we see this same sort of one-sided presentation when it comes to the global warming debate. We hear about the problems that could be caused by a warmer planet, but how often do you hear about the benefits? There are those too. And when we speak of carbon taxes, and turning from fossil fuels, the negative impact that will have on the world’s poorest is rarely mentioned. But the price and accessibility of fuel impacts food prices, housing costs, access to medicine, the ability to heat homes, and much more. How are the world’s most vulnerable going to deal with these increased costs?

2. They view the world as a closed system with limited resources

In 1980 two prominent environmentalists, Julian Simon and Paul Ehrlich, made an interesting bet. Simon bet Ehrlich that any 5 metals that Ehrlich chose would, in ten years time, be cheaper than they were in 1980. Lots of people make bets, but there was something important at stake here. Simon and Ehrlich had two very different views of the world’s resources, and the bet was a way for them to wager on whose view was right.

Ehrlich thought the world’s resources were finite and limited, and as we used them, we were getting closer and closer to the point where we would run out of them. The predictions of doom you frequently hear in the media are usually based on this worldview. As resources became more and more rare, they should become more and more expensive, so Ehrlich was sure the 5 metals would be more expensive in 10 years time.

Simon, on the other hand, had a much more optimistic view of the situation. Rather than running out of resources, Simon was sure the opposite was true. He was so optimistic he let Ehrlich choose the metals (copper, chromium, nickel, tin and tungsten) they would wager on. It didn’t matter what the specific resources were, he was confident they would be more plentiful, and therefore cheaper in 10 years.

Well, when 1990 rolled around Simon emerged the winner. All five metals had dropped in price, chromium by 5 per cent and tin by an amazing 74 per cent. But even as Simon emerged the winner, it was less clear how he won. Ehrlich for example, conceded he lost the bet, but refused to concede that Simon’s view of the world had beaten his worldview. Simon’s optimistic worldview just didn’t seem to make sense. How can the world’s resources keep increasing even as we keep consuming nonrenewable resources?

It comes down to Man. Ehrlich, and those who think like him, see Man as a consumer – they view each new person on this planet as yet another mouth to feed. But in Simon’s worldview, we recognize Man as not just a consumer, but also a producer; so yes, each of us is one more mouth to feed, but we also come with two hands to create and craft and and produce with.

Of course, it is not our hands, but our brains that are our biggest tools. The world’s resources can keep increasing, because Man can use his brain – his God-given creativity – to create new resources.

For example, in Alberta there are huge oil sands deposits that were absolutely useless to mankind until quite recently. Then someone figured out a way to separate out the oil and suddenly Alberta had vast new oil sources. Yes the oil was always there, but it wasn’t a resource until man’s ingenuity figured out a way to get at it.

Man can create resources in another way as well. One of the more interesting examples of this has to do with copper, which was an important component of phone lines. As the number of phone, faxes and computer modems increased, the number of phone lines increased as well. The cost of the copper in all these phone lines started becoming a concern for phone companies, so they began to investigate cheaper ways of transmitting the phone signals. Now, instead of copper, many phone systems use fiber optic lines made of glass. And glass is made of sand. Man’s ingenuity turned common sand into a resource that can be used to replace the more limited resource of copper. And these “sand” telephone lines can now be used to transmit hundreds of times more information than the old copper lines ever could.

So the ultimate resource on earth is Man’s ingenuity, and it is limitless.

God calls us to be stewards of the earth, and in fulfilling that calling, there will be times where we can work alongside a number of secular environmental groups. After all, while they may not know the Lord, they do want to care for His planet.

But it’s important that we, as Christians, seek to discern the good environmental efforts from the bad ones. Bad environmentalists do abound: groups that see Man as more of a problem than a problem-solver, or neglect to consider the poor in the plans they propose, or only offer a one-sided perspective.

This is no small matter – the DDT ban cost lives by the thousands and maybe millions. The global warming debate could impact food prices in ways that harm millions more. We need to be able to discern good from bad because environmental issues really can be matters of life and death.

A version of this article was first printed in the October 2001 issue of Reformed Perspective.