Nobody would tell who had written the naughty word
inside the door of the boys’ toilet.

The six girls in our one-room country school
were dismissed, and the five boys –
two older and two younger than I,
and I in fifth grade – were left behind.

“Write on a piece of paper,” the teacher said,
“the name of the person you think did it,
put the paper on your inkwell,
and put your head down on your desk.”

Teacher’s footsteps from desk to desk,
the unfolding of paper,
and afterwards:
“Sietze,
you will stay to write five-hundred times
‘I will be pure in thought, word, and deed.'”

Elected but not guilty,
I ran home, the copying done,
and cried in outrage.

“But who,” said Dad, “put the tiddlywinks 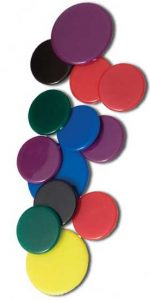 in the collection plate on Sunday?
The deacons found them
and they’re missing from your set.”

So much for outraged innocence.

“Poor teacher,” said Dad,
“what can she do with lying
foulmouthed boys?
No wonder she makes mistakes.”

So much for my mistrial.

“And now you know,” Dad said,
“a very little bit about how Jesus felt
being punished for sins he didn’t do.”

So much for self-pity.

Dad gave me the tiddlywinks from his overall pocket:
“I’ll see the teacher, though.
Whoever did it shouldn’t get away with it.”

Next day my friend Ted was washing the toilet wall.

To this day
I do not know how he knew.

From Sietze’s Buning’s “Style and Class,” copyright the Middleburg Press, and reprinted here with their gracious permission.

The Gospel Blimp (And Other Parables)

by Joe Bayly 2013 / 155 pages We all have people in our lives that we should share the Gospel with but we might be unsure about how to approach th...