Why doesn’t the OT say more about what happens after death?

Questions are powerful things: absolutely vital for anyone who wants to be wise, but also a way for the foolish to try to tear down.

So let’s pretend, for a moment, that this was a hostile question. “We’re going to live again after we die?” the mocker asks, “Then why doesn’t God didn’t tell anyone in the Old Testament about the afterlife?”

A good rule of thumb, when faced with someone trying to tear down the Bible, is to question his query. We shouldn’t assume that a fool is going to fight fair. So before we try to find an answer to his why we should back up, and first see if his accusation is true: was God silent about the afterlife in the Old Testament?

And, as is often the case when someone is trying to take down the Bible, things aren’t quite as they’ve presented them. While God doesn’t give the same detail as in the New Testament, we do find in the Old Testament too, that God is repeatedly pointing to a future hope – one that will occur after the hearer’s death. Some examples include:

There are others texts, and maybe even some clearer than these. But there was enough in the Old Testament for most of the Jews of Jesus’ time to know that there was going to be a resurrection. The Sadducees denied it, in part because they held only to the first five books (the Pentateuch) of the Bible. However, Jesus pointed out that even they should have known better because in the Pentateuch God describes himself as “the God of Abraham and the God of Isaac and the God of Jacob” (Gen. 28:13, Ex. 3:6, 4:5) repeatedly. Jesus continues: “He is not the God of the dead but of the living” so if He remains the God of these men, though they died long ago, then they must have experienced a resurrection from the dead. If we’re paying attention there are more than hints in the OT.

Now let’s return to our question: why didn’t God tell the Old Testament saints more about what comes after death? No certain answer is available to us – God doesn’t spell it out in his Word – but here’s a possibility to consider. 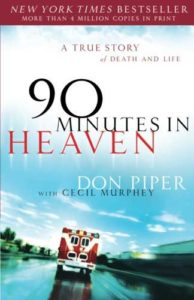 Even though God gave us more information in the New Testament, that hasn’t been enough to quell Christians thirst for more and more detail. Books about supposed visits to Heaven (and even visits to Hell) are bestsellers, and one has even been made into a major motion picture. Many Christians are already far too obsessed with Heaven, so perhaps God has been sparse on the details to keep our focus on what’s going on in this life here on Earth.

You’ve heard the saying “Don’t be so heaven-minded that you are of no earthly good.” Well, God has given us a planet, and everything on it, to have dominion over, to care for, and develop to His honor. We have stuff to do – children to raise, poor to feed, orphans and widows to care for, friends to encourage, and talents to develop – down here! But wait, you might say, doesn’t God warn us against being too Earth-focused? True – we are supposed to build up treasures in Heaven, rather than here on Earth (Matthew 6:19-20). But even passages like this point us back to what we are to be busy doing here on Earth. Storing up treasure is out, but loving the Lord your God and showing that by loving your neighbor as yourself? That is definitely in.

More importantly still, the Bible reveals what God was planning for right here on this Earth – the Bible is His story, His grand narrative, His rescue plan.

So perhaps the reason God didn’t tell the OT saints, and even us today, more about what comes after death, is because that isn’t nearly as important as what He is up to, and what we should be up to, here on Earth.

In the past RP had a column called “Short and Simple” in which we tracked down brief answers to questions that were sent in. Do you have questions? You can send them to the editor via a form here.

The “couldn’t be my kid” delusion

Should a Christian ever be discontent?

She sat across from me, sipping coffee, her forehead wrinkled with unhappiness. She’d struggled for two years in a job that clearly made her miserab...