Real progress: Canada is warming up to an abortion law

In October of 2011, Reformed Perspective published an article I wrote called “Saving some is not a compromise – the case for advancing abortion legislation one step at a time.” In the article, I made the case that passing an abortion law is realistic in Canada, and can be promoted by Christians without compromising our faith.

Looking back, that article has likely had more impact than anything else I have written.

While the initial response did include some strong criticism, most pro-lifers were both intrigued and encouraged to know that new strategies were being advanced, as we have gone for decades without any laws restricting this mass injustice.

The ARPA Canada team welcomed the encouragement, but we also carefully listened to the critique, and over time it was evident that the majority of the criticism, though passionate, wasn’t interacting with the actual arguments the article had advanced. And since it was first published, the key points of the original article have been validated time and again. Because over 100,000 children were dying every year in Canada alone, we knew we had to continue pursuing prudent political initiatives, without compromising our faith.

So we moved forward.

At times it is valuable to pause and reflect on where things have gone, as we all have much to learn. Now that over seven years have passed since that article was published I look back with thankfulness on the progress that has been accomplished. This isn’t a result of my work, or ARPA’s work. Sometimes it was in spite of us. It is a result of God’s work. And we can be encouraged that He uses each of us to accomplish this. 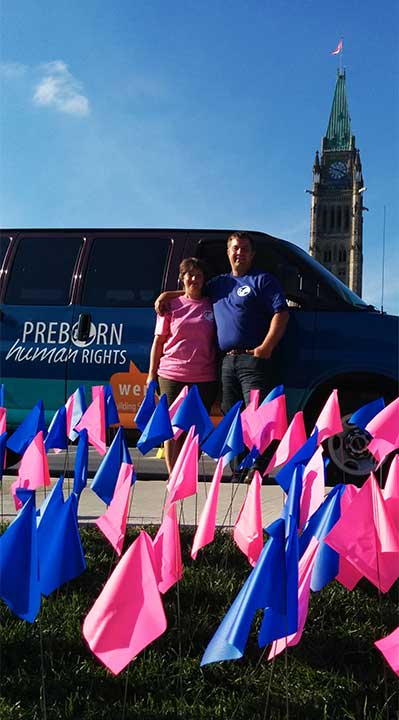 “Progressives” today are often associated with championing abortion, sexual freedom, and “climate justice” among many other things. But a truly objective analysis, done with a biblical worldview, will show these causes to be regressive rather than progressive. True progress should involve moving us forward. In regard to abortion, it means taking steps to protect pre-born human rights.

Since that article was published in 2011, I can look back with thankfulness to God for the true progress that is being made:

Progress is being made. I believe it is realistic that Canada can pass an effective abortion law in the next five to fifteen years. That big margin is because there are many factors that we simply can’t control. If that strikes you as painfully slow, I will agree – the life and death nature of this battle means we want the unborn protected now. But also bear in mind that to this point there has been no protective legislation for 30 years. This law will save many lives and also serve as a testimony to Canadians that pre-born lives deserve protection. If the Lord wills it, it will be a stepping stone from which more restrictions can be passed and more lives saved, as we see occurring in the United States, which passes dozens of pro-life laws each year.

And this can be accomplished without compromise. We support complete protection for every human being. Advancing laws that protect a growing number of humans are important steps in the right direction. These steps can be taken without undermining the value of those who are not yet protected in law. Compromise involves a concession. We don’t have to concede anything.

Although moving forward since the original article was published has been challenging and stressful, I’m grateful to God for answering our prayers and giving the strength to move forward, one day at a time. And I heartily thank all those who have been praying for a blessing on ARPA’s and We Need a Law’s efforts. The Lord willing, we will be able to look back ten years later with more reasons for gratitude at the progress God has made possible.

Mark Penninga is the executive director of ARPA Canada.