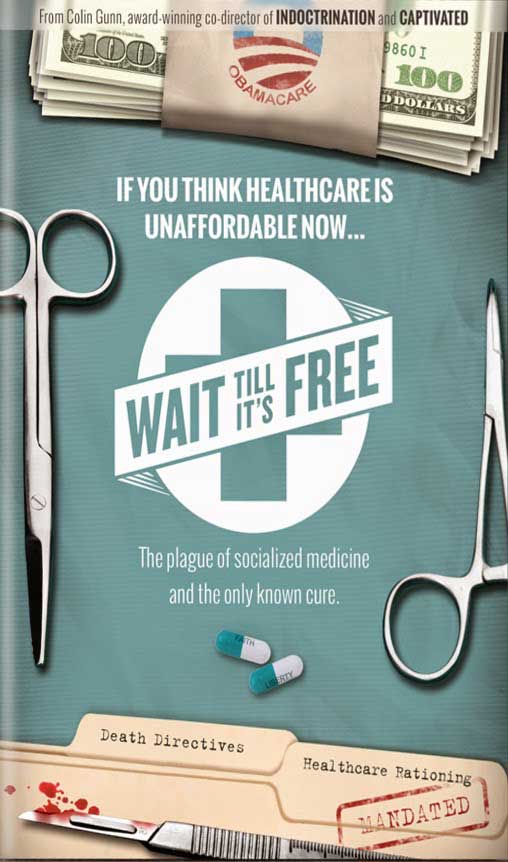 Why would Canadians be interested in watching a Scotsman take a look at the American healthcare system? Because this examination, of how capitalism and socialism impact healthcare costs, is very relevant for us too.

The film’s director and producer, Colin Gunn, is Presbyterian and consequently a capitalist. If that seems an abrupt connection, then consider that we Reformed folks know that the heart of man is wicked. So we are well aware that if an economic system needs men to be angels, laboring for no personal benefit, then that is an unworkable economic system. So we know better than to be socialists.

But for some reason, we don’t seem to think that holds true for healthcare. This comes out most strongly when Canadians, even the Reformed ones, start talking about healthcare with their American cousins. Then we seem to be quite proud of the socialistic nature of our healthcare system, which “costs us nothing, and is free for everyone.”

But, of course, that isn’t really so. It certainly isn’t free – the costs are simply not seen, paid out in taxes, so that Canadians have very little idea of how much their healthcare really does cost. And that everyone is covered doesn’t distinguish it all that much from American healthcare, where everyone can get emergency care, and where more and more of the population is covered by the government-run Medicare. As Gunn points out, the American system is almost as socialistic as the Canadian.

Gunn’s main argument is that a good dose of capitalism would be good for what ails the American system. His most telling observation was that in the American system no one knows what the costs will be beforehand. There is no public pricing chart, and so no way of comparing what one hospital might charge versus another. And without an awareness of how much things might costs, there is only a pretense of competition. You won’t have innovation if you don’t have competition so if we want to reform healthcare, this might be the first place we need to start: make all the prices public!

I highly recommend this documentary – it is a brilliant argument by a Christian filmmaker who has perfected his craft. The content is superb: Gunn has assembled an impressive cast of experts from around the world to make his case. And the presentation is even better: there are fun little animated bits, and great narration, and a wonderful story arc – this is packaged up nicely, and tied up at the end with a bow.

Who should see this? Anyone who thinks socialism is the answer to our healthcare needs. You can watch the trailer below, and watch the rent the full film by clicking on the “$4.95” link in the trailer below. The Wait Till It’s Free YouTube site has a lot of extras that are also worth checking out.

"…even as He chose us in Him before the foundation of the world, that we should be holy and blameless before Him. In love He predestined us for adop...

One simple question: "What do you mean by that?"

In the May 17, 2016 Breakpoint Daily, John Stonestreet shared a few questions he uses when he finds himself in a tough conversation. The fi...