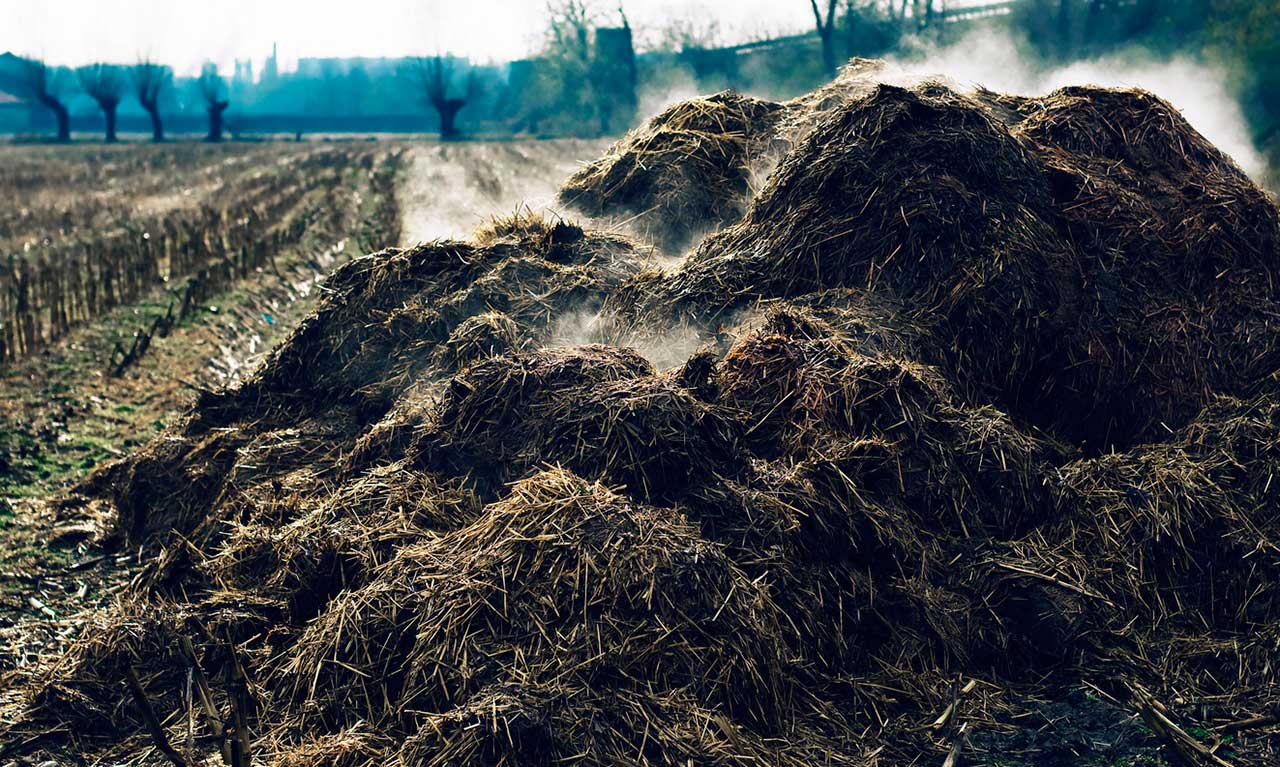 Economist Julian Simon’s key insight is that man’s creativity – his brainpower – is a resource that creates other resources. So while some view a rising population as a threat to limited resources (“We’re going to run out of oil!”) Simon viewed a growing population as a growing resource base. Our brains, when properly applied, could in a reflection of God’s own creativity, turn nothing (or next to it) into quite something.

For example, when copper – a key element in our phone lines – started getting very expensive, this motivated some smart chaps to develop a much cheaper alternative: sand! That’s what our telephone lines are today:

Making sand into something is amazing enough, but a much more impressive example of “resource creation” is the way some farmers have turned poop into bedding (or if you prefer alliteration, manure into mattresses). It is quite a story!

Down where I live, in the Northern Washington/Southern BC area, some dairy farmers used to use sawdust as a cheap bedding material for their cows. The cows could sleep in it, poop on it, and the farmer could then come along, clean it out, and put a new layer down. Sawdust clumped together, making it easy to scoop away, but perhaps its most attractive quality was its cheapness. Sawdust used to be viewed as a waste product from the lumber industry – they couldn’t give it away and would even bury it. But then creative farmers created a market for this castoff. Or to put it in more mathematical terms:

Some time later, other creative folks started to see more ways that sawdust could be used, including as fuel. Because it originated as a lumber waste product it was cheaper than many other fuel options. So some greenhouses owners figured out a way to use it to heat their buildings, and started to outbid the farmers. This result was this waste product – nothing more than garbage before human brainpower got involved – had so increased in value that farmers could no longer afford it. They needed to find a cheaper option for their bedding!

And then it happened.

Some ingenious dairy farmer, probably sitting out on his tractor staring out across his manure lagoon, started thinking about the possibilities in all this poop. The result was a separation system that used the undigested fibers found in cow manure. This is fed into a rotating drying drum, where high heat kills the germs, and the output is fibrous bedding material for the farmer’s cows.

Manure has been turned into mattresses!

Julian Simon was an atheist, so he didn’t understand why we have this capacity – why we have a mysterious, awesome ability to use our brains to create something out of nothing. But Simon did recognize Man was more than his mouth; he understood that Man wasn’t best understood as a consumer of scarce resources, but that instead Man has an ability (and Christians would add, a calling) to be a producer of plenty. So, in this limited way, Simon has a more accurate understanding of Man than any of his critics.

So where does our creative capacity come from? It is a reflection of God’s creative Genius. We can’t create ex nihilo – out of nothing – like God does, but when we take what was once useless, and put it to productive use, we show ourselves to be His image-bearers.