What is Principled Pluralism?

Our country is made up of many people and many faiths. How can the government best resolve the clash of values that will inevitably result? Can the government operate from some sort of “neutral” perspective that doesn’t elevate one group’s beliefs over another’s?

In this excerpt from Dr. Van Dam’s “God and Government” he explains that such neutrality isn’t possible, and isn’t desirable. But harmony between believer and unbeliever can be had, under a “Principled Pluralism” that recognizes God as supreme.

“Principled pluralism” recognizes the pluralism of contemporary society but contends that biblical norms need to be recognized and applied in order for government and society to function according to God’s will. When this is done, society benefits for God established the norms for humans to live together peacefully and for the benefit of each other. 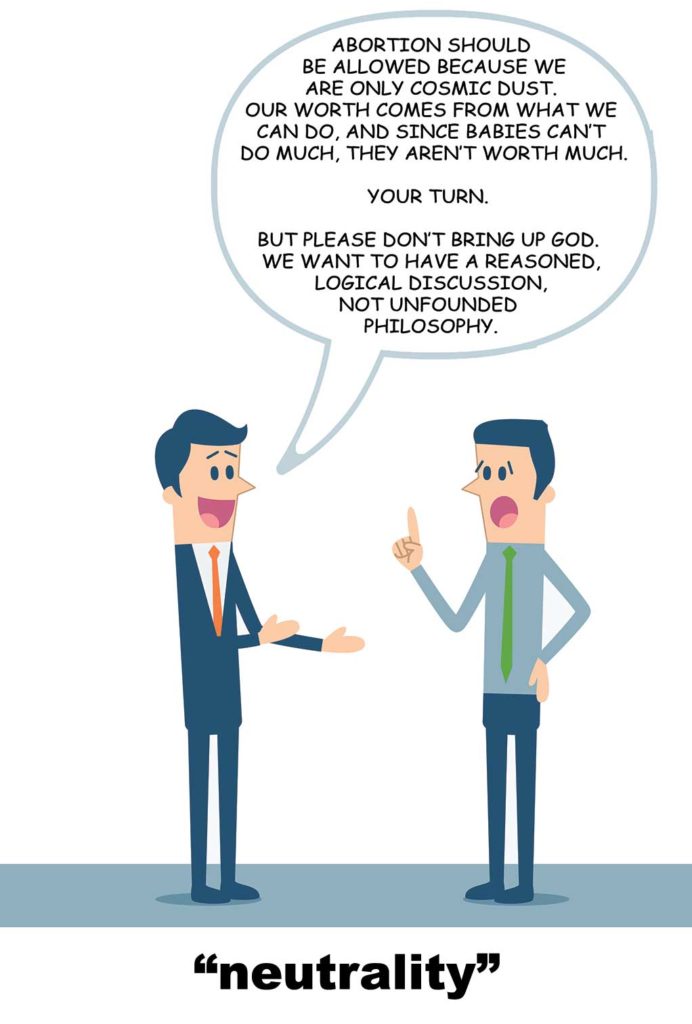 There is no morally neutral ground. All of life is religious in nature and both Christians and non-Christians have religious presuppositions which they bring into the public square. Also secularism and the denial of God’s relevance for public life is a religious system. It is, therefore, impossible to restrict religion to the private personal sphere of home and church and to insist that the public square is without religious convictions.

Principled pluralism opposes a secularized public square which bans religious voices and practices except its own. Christians have the obligation to influence the public discourse in a biblical direction. Principles derived from Scripture need to be part of the debate in the public square so that arguments can be made for a public policy according to the overriding norms of God’s Word.

Although God’s special revelation in the Bible is normative for all of life, God has revealed enough of his eternal power and divine nature in creation and in the nature of things to render all people without excuse. He has written his law in their conscience (Rom 1:18–21; 2:14–15). In this way God has a claim on all creation, including the civil authorities. Before his throne they are without excuse if they suppress the truth and refuse to see the light of God’s gracious demands and promote sin (Rom 1:18–19).

3) Government’s role is to maintain justice and righteousness

The civil government is God’s servant to maintain justice and righteousness (Rom 13:1–5). To understand this mandate properly, one must realize that God gave each person an office or offices in life, be it as a parent, a church member, a plumber, a husband, or whatever. If a government is to maintain justice, it must see to it that these offices can be exercised.

Or as Gordon J. Spykman put it:

“The state should safeguard the freedom, rights, and responsibilities of citizens in the exercise of their offices within their various life-spheres according to their respective religious convictions. The government is obliged to respect, safeguard, preserve or, where lost, to restore, and to promote the free and responsible exercise of these other societal offices. That is what God commands the state to do to fulfill the biblical idea of public justice.”

Principled pluralism affirms that a government’s authority is limited because God has ordered society in such a way that different structures make up the whole. These structures, such as civil government, the family, church, and the market place, each have their own sphere of authority which should not be transgressed by another societal structure or sphere.

Government has the duty to recognize this diverse reality and to promote the well being of the different spheres of authority found within society by safeguarding their existence and ensuring their continued health.

Principled pluralism also recognizes that civil government does not have the authority to decide what constitutes true religion. For that reason, government cannot favor one religion over another or enforce, for example, the religion of secularism in society. Within certain limits, such as the need to restrain evil, all religions must be treated alike and be given the same freedom and opportunities.

This excerpt is reprinted here with permission. To get a copy of “God and Government” email [email protected] for information (the suggested donation is $10). Or you can get a Kindle version at Amazon.ca or Amazon.com.

Darwin: The Voyage that Shook the World

Documentary 55 minutes, 2009 Rating: 8/10 This must be the most expensive documentary ever made by creationists and it is certainly the best look...

Economics in One Lesson