The $15 minimum wage – good intentions are not enough

In the US, the latest COVID-19 relief package has re-awoken the debate on minimum wage increases, and that policy conversation is spilling over into Canada, Australia, and much of the Western world too.

Often policy proposals put Christians in difficult territory. The Bible was not written during a time where every person would be personally accountable for participating in the governing of a nation. There’s very little in the way of advice to voters on specific policies. However, this doesn’t mean Christians can’t form educated opinions about policies like the minimum wage. To do so, believers can evaluate the fruits of the policy.

One way to evaluate whether the minimum wage increase would be a good thing is to see if the intended fruits of the policy are good and analyze whether the actual fruits will match the good intentions. Supporters of the minimum wage increase are ostensibly trying to help lower the level of poverty. Higher wages for the lowest wage workers could give them a chance at a better life.

This intended fruit appears to be good. Lowering poverty seems to be unambiguously good. And a reasonable interpretation of Matthew 22:20-22 could claim it’s within the state’s right to take money from business profits and give it to workers. Combining this logic with verses like Psalm 41:1 could make a powerful case for this proposal.

A Christian might be tempted to stop thinking here. Perhaps the increased cost to businesses is worth the poverty alleviation. However, even if someone does accept this trade-off, the biggest problem with increasing the minimum wage lies more in the results than intentions.

Businesses must make a profit. If a business fails to do so, it will eventually have no option other than shutting its doors. If businesses fall behind competitors in making a profit, they also run the risk of being driven out of business. As such, hiring decisions in business are based on whether they generate profit. If a salesman, for example, sells $8 worth of products an hour, and he gets an offer for a wage of $7.50, the company finds hiring him to be worthwhile. However, a company that pays a salesman who sells $8 worth of products per hour a wage of $15 is losing $7/hour. Companies that hire this way will be outcompeted by those who don’t.

So, what is the result of a minimum wage? Workers who don’t make their companies enough to warrant getting paid the minimum wage are fired. Economic theory suggests this, and a recent working paper from the National Bureau of Economic Research surveys studies on the topic and shows the research overwhelmingly finds that unemployment results from the minimum wage. Not only do some workers not have their poverty alleviated, but the workers with the least opportunity are more impoverished. In fact, evidence suggests this unemployment is imposed on minority groups and women disproportionately.

The problems don’t stop there. Unemployment increases, but some workers who previously made a minimum wage will keep their jobs. Aren’t these workers made better off? Not necessarily. If a worker was previously willing to work a job for $8 (as evidenced by the fact that they accepted the job), but now the same worker is being paid $15, this doesn’t mean they are $7 better off. Why? Well, since the employer is mandated to pay a higher wage, they are going to try to get the most work out of the worker possible. Workers might find that these new expectations and pressures make the job less enjoyable than if they were paid an $8 wage. Also, if you’re getting paid more than you would have needed to accept a job, and there are a lot of unemployed replacements waiting, you’re going to be willing to accept a less pleasant job to keep that high-paying job. A higher minimum wage gives workers less bargaining power and, as such, will lead to workers taking on jobs with bosses who don’t need to offer them as much dignity. This is not to say all bosses will take advantage of this position, but it seems unrealistic to assume none will.

In sum, if we judge a policy by its fruits, a $15 minimum wage will increase the poverty of those with the lowest opportunity, and it carries the possibility of work becoming less dignified for those lucky enough to keep their jobs. Despite potentially good intentions, the results speak for themselves. Instead of giving more dignity to work and lifting people out of poverty, the minimum wage exacerbates both problems.

For argument’s sake, I’ve assumed good intentions on the part of minimum wage policy advocates to this point. However, it’s important to point out that the minimum wage is utilized as a tactic by racists and labor unions to cut out the competition. Stanford economist Thomas Sowell has chronicled how a Canadian minimum wage has racist roots. Sowell argues:

“In 1925, a minimum-wage law was passed in the Canadian province of British Columbia, with the intent and effect of pricing Japanese immigrants out of jobs in the lumbering industry.” 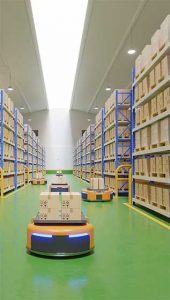 A largely automated company would love to increase the labor costs for its competitors.

The results of the Australian minimum wage were similar. Sowell points out:

“A Harvard professor of that era referred approvingly to Australia’s minimum wage law as a means to ‘protect the white Australian’s standard of living from the invidious competition of the colored races, particularly of the Chinese’ who were willing to work for less.”

Whenever Christians support policy, they should take care to avoid contributing to the “Bootleggers and Baptists” phenomena. This phrase describes how, when the US passed alcohol prohibition, the two major groups who supported it were Baptists who opposed alcohol and illegal alcohol bootleggers who stood to profit if legal alcohol distributors were closed. In supporting prohibition, Baptists supported the profits of bootleggers with bad intentions.

In the cases Sowell cited, the “bootleggers” were racist who wanted to eliminate minority labor competition. Today, bootleggers can come in the form of a business like Amazon, which, as a largely online company, doesn’t rely on laborers who make less than $15 per hour. Since Amazon already pays its warehouse workers $15/hour, an increase in the minimum wage would do little to impact their costs, but it would raise the costs to one of Amazon’s biggest competitors – Walmart. Bootleggers could also be skilled labor unions that lobby for the minimum wage to limit the competition from unskilled, but lower cost, labor. In these cases, the special interest groups intend the policy to prevent less fortunate low-skill laborers from having jobs.

To make a positive difference in the world, Christians must consider more than their intentions behind policies. Instead, it is part of our responsibility, given the form of government God has allowed us to participate in, to be educated about the results of policy. In the case of raising the minimum wage, the results are in. Christians need to do better if we want to help the suffering of “the least of these.”

What research and the Bible say about the best marriages **** Marriage is meant to mirror Christ and the church. One can scarcely imagine a higher c...

The concept of self-defense is easy to understand and its validity is recognized by most people, whether Christian or not. If somebody is attacked, it...

Is it ever permissible to lie?

When Reformed Perspective first started, we had regular contributions from Dutch politician and journalist Piet Jongeling.  In this article, from t...