If conversion therapy is bad why is “sex reassignment” good?

It’s been said that our culture wars are really just a battle over the dictionary. “One trick of LGBT activists is changing the meaning of words. We see this in the way they celebrate ‘sex reassignment’ as ‘gender affirmation’ but condemned conversion therapy as ‘sex reassignment.'”

Christianity Today‘s editor, Mark Galli, sparked controversy last month when he came out in favor of US President Donald Trump being impeached. Is the President guilty? Galli acknowledged the process wasn’t fair:

“No, Mr. Trump did not have a serious opportunity to offer his side of the story in the House hearings on impeachment. But the facts in this instance are unambiguous…”

Two Scripture passages leap to mind – Prov. 18:17 and Matt. 7:1-2 – and the question, is Galli judging here by a standard that he’d want directed his way? Carl Trueman and Peter Jones weigh in.

Untangling the theology of Star Wars

This 300-word read gives a quick overview of the confusing and empty theology of George Lucas’ space trilogy².

Both evolutionists and creationists believe animals change over time – we all believe in that sort of “evolution.” The controversy is over how we got from molecules to man – i.e. how simple early cells gained information over time to eventually produce the incredibly complex creatures that we are. When evolutionists demonstrate wolves can beget Chihuahuas if you break the right genes – when they show change over time that involves a loss of complexity – and then pretend this is evidence for the molecule-to-man sort of evolution, we need to recognize this for the dishonest word game that it is. As evidence of evolution, they are presenting devolution.

And as the author writes, much of the changes we see in animals comes from broken genes, not new genes.

“Behe… learned that one of the favorite examples of evolution — the change from the brown bear to the white polar bear — was also an example of breaking genes: 17 genes in this case.”

Turns out things are “much more complex” than they knew…

Extreme poverty in a historical context

“On every day in the last 25 years there could have been a newspaper headline reading, ‘The number of people in extreme poverty fell by 128,000 since yesterday.’”

But you haven’t seen those headlines, have you? Why not? Because it’s harder to foster envy and ingratitude when things are getting objectively better. God has blessed us materially, and we’re being tricked into believing that our rise in population is dooming more and more to poverty. Don’t be fooled.

This article has charts and diagrams, and while not a difficult read, it is a somewhat dry one. But it is one well worth reading, or even skimming if that’s all your time permits. 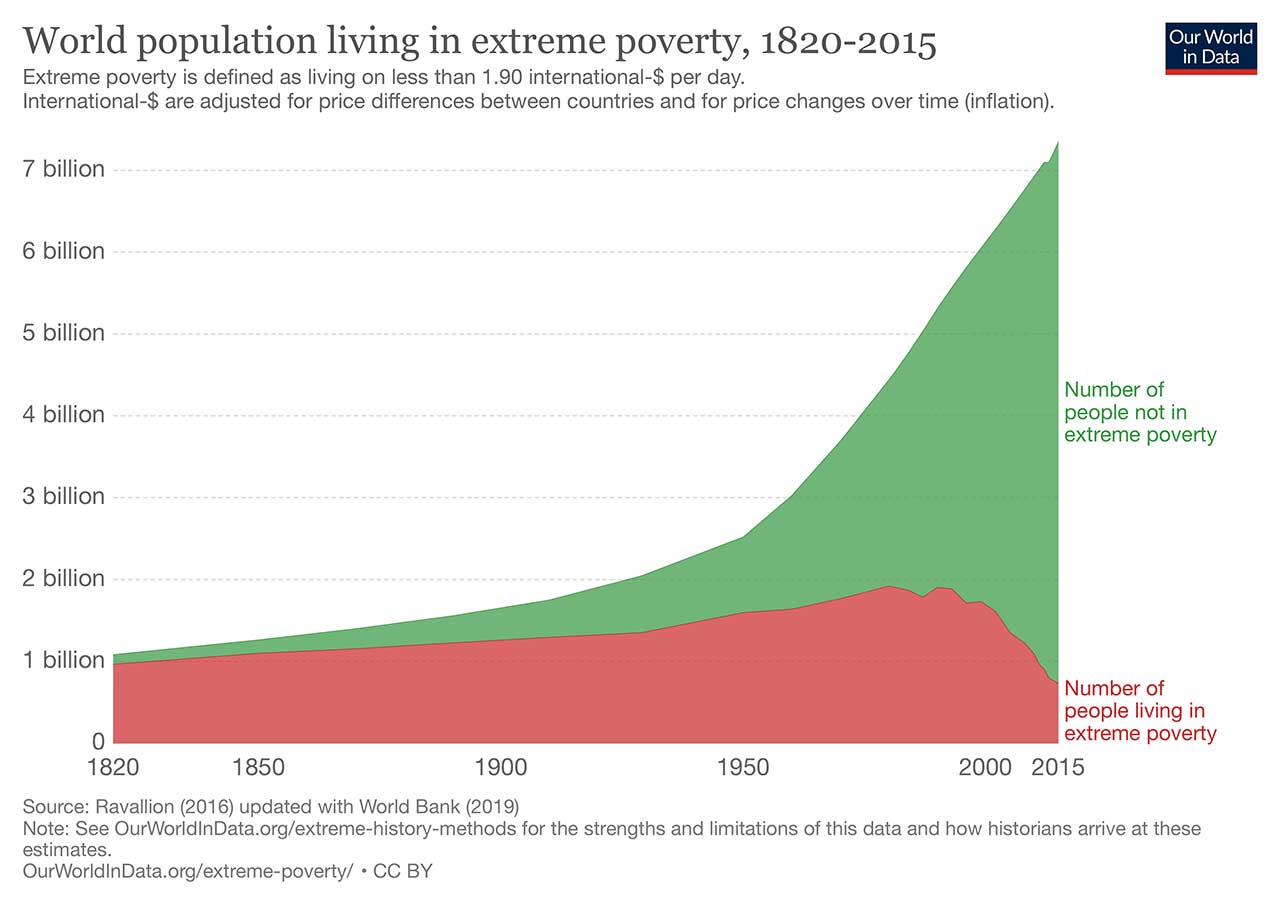 “Markus showed us how to find meaning in suffering”

The concept of self-defense is easy to understand and its validity is recognized by most people, whether Christian or not. If somebody is attacked, it...