Complementarianism vs. Egalitarianism: there aren’t just the two positions 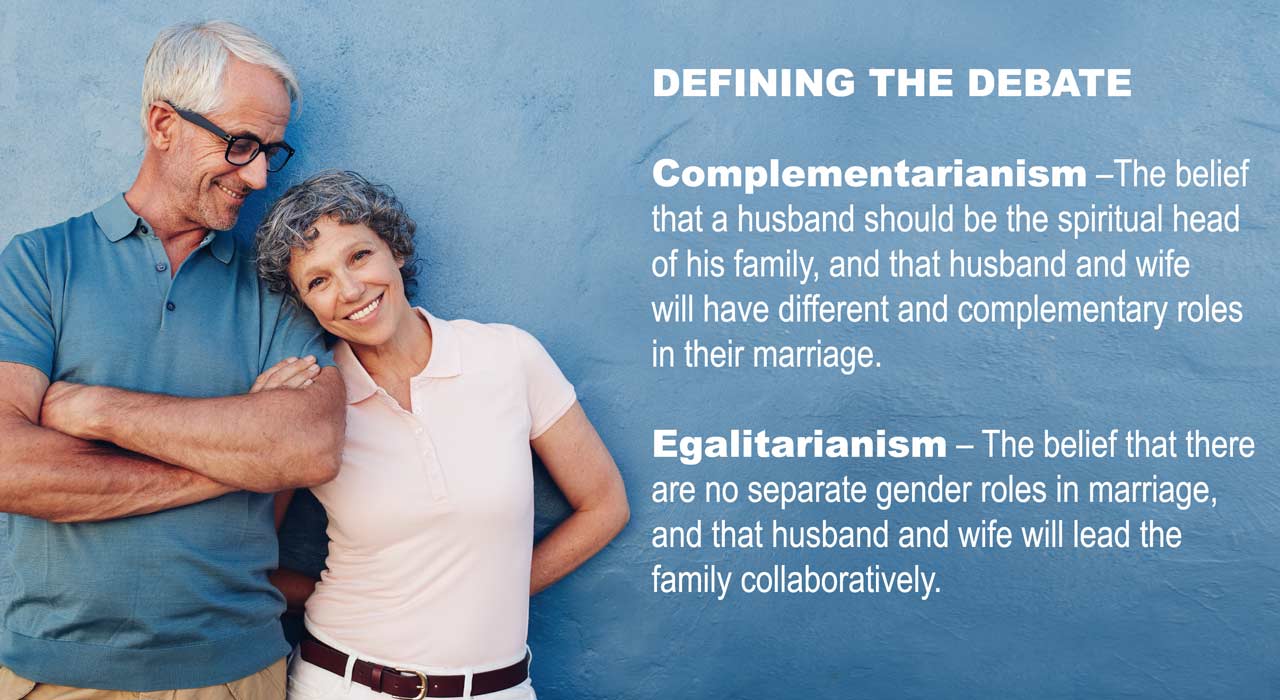 As my wife and I have been facing big decisions over the last few months, it’s been neat to see the way God has transformed our marriage from its fledgling stages to something a little more beautiful.

It’s also got me thinking about the whole complementarian/egalitarian debate, and how my views over the years – though still complementarian – have shifted from a kind of misogynistic immaturity to what my wife and I both perceive to be a more Christ-like model.

It’s made me realize there aren’t just two positions on this: egalitarianism and complementarianism – and when people are arguing against one or the other, they’re normally arguing against a flawed diversion, rather than the real thing.

That being said, let me lay out a few different options.

MISOGYNY: The husband asserts his desires, the wife submits.

Though this is what chiefly comes to mind to those in the egalitarian camp, this is the furthest thing from the biblical picture of complementarianism possible. Unfortunately many, wounded from a history of misogyny, reject all hierarchy within families whole-sale based on their experience.

If I’m honest, both my wife and I came into marriage with a subconscious commitment to this kind of relationship, and the results were not only personally devastating, but anti-gospel. Jesus never asserts his personal desires over and above his bride.

MATRIARCHY: The wife asserts her desires, the husband submits.

Though I doubt any would publicly subscribe to this, it is, unfortunately, a settled pattern in many Christian homes. In this model, the husband mistakes weakness for meekness and, rather than honoring his wife, becomes bitter and distant (in effect dishonoring her).

Jesus was not weak, he was meek – he asserted his bride’s good, he didn’t passively give into it.

PRAGMATISM: We both assert our desires, and we both win.

The reason this sounds so ideal is that it is so idealistic. The truth is, we don’t have the time, energy and resources to try and make “win-wins” out of every minute situation in life. Nor, I might add, does this sound much like the Christ who called us to marriage.

Jesus didn’t come to earth saying: “You get what you can out of this, and I’ll get what I can.” Pragmatism (a focus on what works), is a denial of the purpose of marriage – the point of marriage is not to do the greatest good to the greatest number (both of us, in this case), but to assert the image of Christ and the church to a watching world (Ephesians 5:23). So “work”, in this case, is contingent upon a definition of marriage’s purpose which goes little beyond realizing my own, personal desires.

Besides, if “work” means, “does what it’s meant to do,” then pragmatism, in that sense, doesn’t “work.”

Point 2: Jesus called us to be peacemakers, and that in the church. This assumes there will be conflict, and it assumes a non-passive approach. We’re not called to be peace keepers, but makers, meaning: we have work to do.

A quick read through the New Testament ought to wash us clean of this one. Jesus had (has) conflict with his bride, and he’s perfect. So, to put it strangely – if there’s no conflict, something’s wrong.

DEMOCRACY: We both assert our desires, and someone wins.

The truth will out, is the thought here. Except, there’s no real “truth” to whether we ought to go out for ice-cream or pizza. No argument can solve it. There’s no “right” answer to whether we should move to California or Timbuktu – these are morally neutral issues. In fact, let me be controversial: there’s no real truth as to whether the house should be clean or messy. We attach virtues to these things because we inherently view our personalities like good Pharisees – we make rules from them, and work outward.

Besides, this looks nothing like Christ and the church. Notice I’m not saying that we shouldn’t communicate our desires to one another: communicating our vulnerability is actually an investment, not a withdrawal. It’s a compliment to say, “I need you.” But saying, “Therefore, you must do this” is patently wrong on every account.

COLDNESS: Neither of us assert our desires, and no one submits.

Clearly, when you’ve reached this point, there’s bitterness and the whole operation’s gone amuck. Jesus communicates his desires toward us, and he invites us to communicate our desires to him. So – this is radically anti-gospel as well. This is a roommate scenario, not a Song of Solomon one.

ABSURDITY: Both of us assert the others’ desire, and no one submits.

This is the closest to true complementarianism, but its only flaw is that it’s absurd. I believe it is in The Four Loves that C.S. Lewis points out that two people sitting at a dining table insisting that they pour the others’ tea has less to do with love and more to do with absurd false-humility. The beautiful thing about complementarianism is that it’s just like this, without the absurdity, which leads us to…

COMPLEMENTARY: Both of us assert the others’ desire, and the wife submits.

In a recent decision my wife and I made, it became clear that our desires were in conflict. The position being offered to us would have been a wonderful fit for one of us, and a terrible fit for the other. Sparing you the details, it became evident to both of us the beautiful irony of the situation: my wife was insisting that we do things my way. And I was insisting we do things in a way that was best for her.

And because we are complementation, I “won out” in the end: I asserted her desires over mine.

That is a long and winding journey, but I think it’s good for many of us to hear, on every side of the debate. While we think we may be in one camp, we may actually be in some permutation of it that is actually unrecognizable from its original intent. The truth is, the real model is like two people leaning toward one another for balance – it’s a total act of trust on both parts, and it requires an “all in” approach, not something half-baked.

But when we both lean in – curiously – it forms something like a steeple.

Nicholas McDonald blogs at ScribblePreach.com where this article was first posted. It is reprinted here with permission.

The Master Designer: The Song

Documentary 2014 / 76 minutes RATING: 8/10 What I most appreciated about The Master Designer was this nature documentary's patience, showing us ...

We use the internet as a therapeutic, and do so at the cost of truth ***** Last week I came across a great article in the MIT Technology Review call...

There’s no end of mysteries to explore in this weird, wacky, and wonderful universe. How is it that light can be both a particle and a wave? How is ...

by Harry Kleyn 2022, 411 pages A few years ago I was asked to teach a North American church history course at Covenant Canadian Reformed Teachers ...