Jamie Soles on what turned him into a songwriter

Growing up, my oldest brother Dave had a record player in the room he shared with my other brother Stephen. Dave was gone a lot of the time, so I spent many hours in that room, playing record after record, or, if I really liked it, the same one over and over. I think I learned every word of Randy Stonehill’s Welcome To Paradise and Equator, Larry Norman’s In Another Land, Phil Keaggy’s What A Day, Love Broke Thru, and Ph’lip Side, all the Keith Green ones and Don Francisco ones, and several others. These got many a play from me when I was 12-15 years old. This music was life-shaping for me. I wanted to do what they were doing; to make music that would bless people, that would glorify God, and honor Jesus, and sound cool at the same time.

My guitar-playing skills developed a lot in those days, as I learned how to listen to the music, and to hear what was in it. I learned how to identify chords when I heard them in the music, and started to develop the ability to understand what chords went with what chords, and how to anticipate what might be coming next. I found that I could play along (roughly) with Randy Stonehill or Don Francisco, but was sensible enough to put my guitar away when listening to Phil Keaggy, who I could tell was a long way above my pay grade. 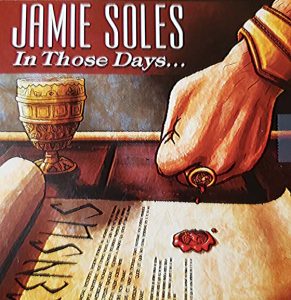 As I acquired my skills on guitar, it also became apparent to me that I was going to need to learn how to write songs if I was ever going to make it in the music business. But I had no idea where to begin. When I would try to think of lyrics, everything I came up with sounded too stupid to sing out loud.

I learned somewhere that songwriters were supposed to sing from the heart, from what was inside them. Turn the stuff inside you into a song. This, I could see already at that age, was bad counsel. For I knew the Bible well enough to remember what it said about the heart; that it was “deceitful above all things and desperately sick and wicked, and who could understand it?” (Jer. 17:9). And I am supposed to write songs from there? It did not add up, but I did not know what to do about it.

I tried to write a song for two years, from my 13th year to my 15th year, and everything I wrote seemed foolish even to me, and how much more foolish it would seem if I sang such schlock for anyone? I kept silent and tried again. And again. I could not seem to think about what I should write about. All the songs on the radio seemed to be love songs; maybe that is what I should write about! But I was a backwoods, backwards farm boy with no shower at hand, and I had no experience in that field.

During the summer of 1981, I went to work as a Junior Counselor at Camp Sagitawa on Moberly Lake. I was there to be the second man in a cabin full of boys, week after week, all summer. But I was one of the main music people because I was quite good at guitar by then. So I spent that summer with my guitar in one hand, and Christian teaching about the glory of God in the other.

One day I was admiring the beauty of creation there at camp, and I decided to try and write a song about that. Lo and behold, it worked! I wrote a sensible song! I sang it for people that night at the campfire, and everybody loved it. I was so inspired; I sat down and wrote another, and another. I spent the rest of that summer writing songs because I had discovered the key:

The Disney version of life is not correct. You are not going to find good things, things of which you can make sense, in your heart. For me, it was when I looked outside myself, when I looked at God and his creation, that my tongue was unlocked to sing his praises in a way that blessed people. This is the way the world works. It is not about you, not about your thoughts, not about your feelings. But it is about Jesus, and about what he has done. Sing that.

You can hear Jamie Soles’ music on Spotify, Apple Music, YouTube, YouTube Music, SolMusic.ca, and many other places. 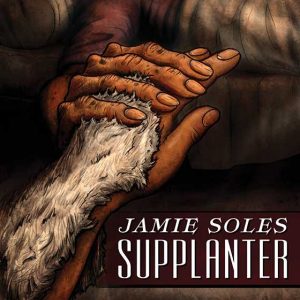 I was with a fellow musician the other day, and we were lamenting our current predicament as musicians. “We are deeply invested in doing good work and creating a product people will love. But the market has changed. Our music is worth nothing anymore, financially speaking.”

This is truly the case, as you can probably attest in your own home; have you bought a CD this year? These days music is delivered to the masses via streaming services, which pay artists very little (even though my music is being streamed upwards of 200,000 times this year). Then COVID and the panic it has engendered greatly curtailed my ability to get out and do concerts. I have done two concerts this year, instead of the 30+ I had planned.

So, out with the old business model, and here is the new: please consider becoming a patron to my art, a regular monthly supporter. If, in the old days, you might have purchased one CD a year from me, you might use that as a guideline, and support me at $2.00 a month on Patreon. You would not be buying my music for cheap, since it is already virtually free on streaming services. You would be supporting Jamie Soles, the artist, at whatever amount you are willing to give on a monthly basis. A side benefit would be free access to all my music, but the real benefit is knowing that I am still making music for the world. You can find out more by clicking here: patreon.com/join/2034697.

And if you still like CDs, well, you can still get those at my website: SolMusic.ca. Blessings to you, my friend! – Jamie Soles

O’Toole: doctors shouldn’t be forced to murder aging adults themselves, but need to make sure the murders get done

A Spiritual Roadmap for Modern Pilgrims by Peter Kreeft 1996 / 128 pages This is an allegorical journey, reminiscent of John Bunyan's Pilgrim's P...