I Survived “I Kissed Dating Goodbye” 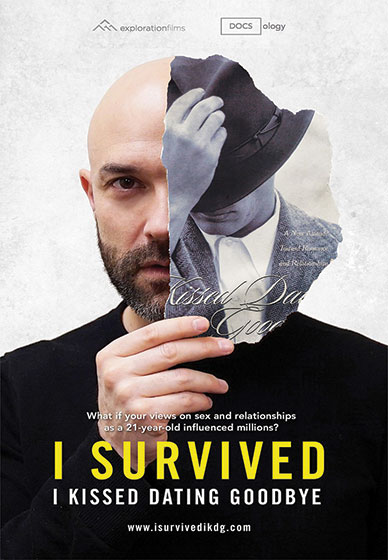 Aug 3, 2019 UPDATE: This past month Josh Harris used his Instagram account to announce he was rejecting God, separating from his wife, and endorsing the LGBTQ+ lifestyle. The review below is of a documentary he made last year, while still a professing Christian, in which he took a critical look at the book that first made him famous, “I Kissed Dating Goodbye.” While the film’s director, Jessica Van Der Wyngaard, is also critical of his book, she is worried that, in light of Harris’s apostasy, Christians will now think it dangerous or wrong to ask hard questions, lest doing so lead to the same sort of turning away from God. But as she shared in an email sent to the film’s many Kickstarter backers:

“This wasn’t the case for me, the rest of the crew, the film’s interviewees, or numerous people we spoke to for ‘I Survived I Kissed Dating Goodbye.’ It is possible to ask hard questions about sexuality, relationships, God’s morality, church culture, marriage, and not lead to the same conclusion as Josh.”

So, even as the principal figure is now working actively against God, this documentary remains a useful and helpful resource.

Twenty-one years ago the then 21-year-old Joshua Harris struck a nerve with his book I Kissed Dating Goodbye. It was written for Christian young people by a Christian young person, on a topic that every young person was interested in – how to find that special someone. It sold more than 1.2 million copies and was a big part of a purity movement within the Church that helped shape the way a generation of Christians thought about sex, dating, and looking for a spouse.

Fast forward to today, and in a just-released documentary the now 42-year-old author revisits his book and meets Christians who were impacted by it, for good, but also for ill. With a title like I Survived “I Kissed Dating Goodbye” it’s no surprise that the documentary presents a rather negative overall assessment of the book. Early on Harris’s wife Shannon puts it this way:

So why watch a documentary about a seemingly-not-so-good 20-year-old book? Because the film is about much more than a single book. It tackles the Purity Movement overall, and more specifically, what it got wrong.

So if we can learn to spot their mistakes, then we’ll be able to apply that lesson to most any other well-intentioned, but similarly misguided Christian movement.

THE BOOK AND HOW IT’S MISREMEMBERED

While I love the documentary, my one big criticism would be that it isn’t fair to the book. If you just watched the documentary and hadn’t ever read I Kissed Dating Goodbye you would think it was completely against dating, and all about courtship. 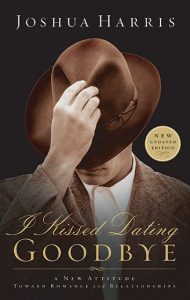 But after rereading it this week I would describe it as a strong condemnation of dating as it was commonly being done in the Church. Harris was against the recreational dating that had guys and girls paired up quickly, intensely, and most often briefly, with the focus on pleasure or prestige, and no thought spent on how to honor God through dating.

He was cautioning against teenagers experiencing too much too soon: too much physical intimacy, too much emotional intimacy, paired with too much immaturity – selfish and uncommitted kids pressuring each other to go further and further. Harris was speaking against turning girlfriends and boyfriends and dating and sex into idols that push God out of His proper place as first and foremost in our hearts.

But in taking a stand against an Archie Andrews-type of dating, was Harris pushing the courtship model?

Well, there’s courtship and then there’s courtship. Under one definition, courtship would require a man to first ask a woman’s father before he could take her out on a first date. But a broader definition would define courtship as dating done with the specific intent of seeking a marriage partner – dating that isn’t done just for fun – and conducted with some level of parental involvement/supervision.

In I Kissed Dating Goodbye Harris does encourage more parental involvement, and also intentional, marriage-focussed dating. But the book spends far more space highlighting all that’s wrong with modern dating than it spends prescribing a cure. And when it does come to presenting the alternative, Harris is more about general and often clearly biblical principles, than any specific outworking of those principles. He argues at one point:

The Bible doesn’t provide a one-size-fits-all program for moving from friendship to marriage. Our lives are too different, our circumstances too unique, and our God too creative to have only one formula for romance.

While a lot of what he says does align with a courtship model, Harris simply wasn’t pushing that model as hard as his critics in the documentary make it seem.

In the documentary, the book serves as the leap-off point for a look at the Purity Movement. It turns out it wasn’t just reckless, immature kids who were turning sex into an idol. Strangely enough, the Purity Movement was doing it too.

I Survived “I Kissed Dating Goodbye” begins with Harris traveling to Washington DC, where he recalls a 1994 conference he attended there with 25,000 other young Christians. A part of the conference was a “True Love Waits” rally. With rubber mallets in hand, young people staked more than 200,000 True Love Waits commitment cards into the lawn of the Washington Mall. These commitment cards read:

Believing that true love waits, I make a commitment to God, myself, my family, my friends, my future mate and my future children to be sexually abstinent from this day until the day I enter a biblical marriage relationship.

As good as that sounds, there’s a hint here of the Purity Movement’s big mistake. It comes down to one question: Who, or what, is the god here? Calvin noted it is in man’s nature to perpetually be manufacturing one new idol after another – we continually put this god and that in God’s place. So in this pledge who or what is the “god”? Is it God? No. He’s only one of several this commitment is being made to. But this commitment is being made in service to a very specific desired outcome: the securing of true love. That’s the “god” here.

In a conversation with Christine Gardner, author of Making Chastity Sexy, Harris discusses how the Purity Movement sold abstinence, not so much as a way to please God, but as the way to secure the very best sort of sex. There’s truth to what they were saying: studies have shown that on average married people enjoy sex more than sexually active unmarried people – married sex is best. But while “great married sex” can be a reason to stay abstinent, there’s a problem when it becomes the reason. The Purity Movement lost its way when it started placing something – even fantastic married sex – ahead of God.

In setting up a variety of false gods, the Purity Movement also caused people a lot of false guilt. As my wife put it, false guilt happens when we sin against, not God, but the idols we’ve made.

These idols of our own making are often entirely unforgiving. Consider the idol some have made out of maintaining their virginity. Serving this god, they’ve been told, is the way they can secure the spouse of their dreams (false gods always offer some version of the prosperity doctrine – serve your god in just the way it asks, and you can force it to give you just what you ask).

Isn’t it amazing that we keep setting up these false gods? They bring us only misery and guilt, while the one true God offers us real forgiveness….and we don’t have to earn it!

Of course, false gods and false guilt aren’t limited to the Purity Movement: money, career advancement, exercise goals, new year’s resolutions, the spotless home, the perfectly behaved child – all of them can become idols of our own making. That, then, is what makes this is a must-see documentary. The discernment it fosters is desperately needed in every sphere of life.

More could be said: the film also explores legalism, and critiques how Christians will often treat certain books as if they were on par with the Bible itself. And while I have a far greater appreciation for I Kissed Dating Goodbye than the author seems to at this point – the film concludes by noting that Harris and the publisher have agreed to stop publishing I Kissed Dating Goodbye – I’d agree there are some notable flaws….but nothing that would keep me from sharing and discussing it with my own daughters.

And I’ll be just as enthused to share this film with them, knowing it will be a springboard to all sorts of great conversations. You can watch the trailer for I Survived “I Kissed Dating Goodbye” below and watch the whole film for free here.

A Vow to Cherish

20 Scriptures to guide our online speech

May God give us the humility to recognize how our online speech may be out of step with his calling on our lives ***** Scripture has a lot to say ab...