“Why in the world would you write that?”

“What are you talking about?”

“Obviously, that X in Christmas.”

“What wrong with that?”

“Well, X stands for an unknown quantity. That’s no way to talk about our Lord!”

“Whoa! You don’t have the facts straight!”

“Listen, the New Testament was written in Greek—which everyone wrote at that time.” 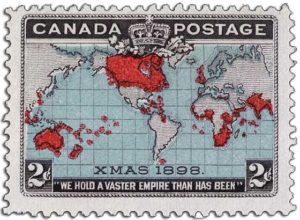 “Yes. But it is really a Greek letter standing for ‘Ch,’ the first two letters in “Christ.” The expression Xmas is an abbreviation – that’s all.”

“If I were objecting to anything, and I’m not, it would be the ‘mas’ at the end of the word.”

“Hmmm. You’d better explain that one too!”

“The latter part, mas, came from the Latin mitto which means ‘to dismiss’ or ‘send off.’ It was used in the early church to dismiss unbelievers before communion was served. But it has little meaning any more – it’s just an abbreviated ending. Get it?”

This article is reprinted with permission from nouthetic.org/blog

by Peter Sís 2021 / 64 pages Nicholas Winston never set out to be a hero but he also knew what needed to be done. When the Germans were taking ov...