John Hus: A journey of no return 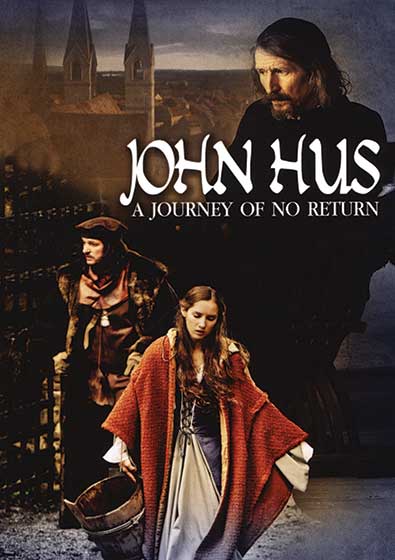 This docudrama covers the last months of Reformer Jan Hus’s (1369-1415) life when he was imprisoned and awaiting trial on charges of heresy. His “errors” were of the sort that Luther would preach 100 years later: Hus had a problem with indulgences, and with the corrupt clergy, and he wanted the Bible translated into the Czech language. And, like Luther, he would not back down.

It’s important to understand that the film is a fictional account based on historical facts. The biggest embellishment is the character Robert Tallio, who is portrayed as an inquisitor – a torturer – who has been brought by his cleric brother to report on Hus. But instead of getting what he wants from Hus, he gets what he needs – Tallio hears the Gospel and becomes increasingly troubled by it.

Tallio isn’t a complete embellishment – he is based on a sympathetic jailer named Robert that we read about in Hus’s letters. Hus even wrote a tract on marriage for him, so their relationship seemed to be a close one. But other than his name, occupation, and his apparent need for advice on marriage, we don’t know anything else about this Robert. But it is through this bit of fiction that we get to see a more human face to Hus. We don’t just see his courage, but also his compassion, even for his jailer.

The only content caution I can think of would be in regards to Tallio and his love interest, who begins the story as a prostitute. We don’t see anything sexual or revealing – I mention it only to alert parents that her occupation is discussed.

And, as mentioned it is important to remember that this blending of fiction with fact can’t be relied on to give more than an impression of the man. If you want more than a brief, albeit intriguing, overview of the man, it’d be best to turn to a good book about him.

So who would like this? If you have any interest in Church history, this will be an enjoyable hour’s viewing. The production values are lavish, the acting solid, and the dubbing from the original Czech, decently done. This looks good!

However, if you have no interest in Church history, well, this dialogue-driven movie likely won’t be exciting enough to change your mind. You can watch it for free, below.

Another older production, 1977’s “John Hus,” can also be watched for free online, but while just as educational, it is far less professional.

It’s not surprising people aren’t that interested in history. The evolutionary perspective that’s dominated the West for decades now, undermines...

John Piper on debating moral issues in the public square