What “right” trumps all others? 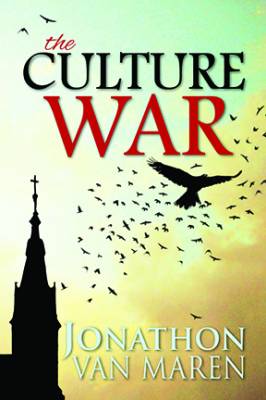 In this excerpt from Jonathon Van Maren’s new book The Culture War he lays out how sexual rights have triumphed over all others…and one of the first steps we can take in response.

When abortion activists came shrieking with rage at Canadian Member of Parliament Stephen Woodworth’s suggestion that a committee examine human life in the womb in 2013, he was somewhat surprised. When the Canadian government kowtowed to feminist hysteria and shut down his colleague Mark Warawa’s motion to condemn gender-selection abortion, Woodworth noticed a trend – and coined a new term. What we’re seeing is “abortionism,” he told me in an interview.

Abortionism is essentially a philosophy that raises abortion to a sacred status, above all other democratic principles.

I agree with Mr. Woodworth, but I think the problem goes much deeper than abortion. Abortion’s now-sacred status is symptomatic of something far more sinister: the sweeping success of the Sexual Revolution. So-called “sexual rights” are now considered to be the most important “rights” our society has, and take precedence over all other rights, regardless of how fundamental they are.

Rights that fell by the wayside

This is now a quaint concept that does not apply, for example, to any sort of pro-life activism, especially and ironically on university campuses, once lauded as the marketplaces of ideas. Pornography, nude demonstrations, and virtually any form of sex-related activism is welcome – unless you happen to be opposing something, in which case it is not. When I was in university, for example, our “Cemetery of the Innocents” display was trampled and destroyed by a student politician who then took to the campus paper to refer to us as “the Hitler Youth.” On campus after campus across North America, feminists respond to pro-life activism the same way: Shut down the debate. Almost every pro-life activist I know has been censored on his or her university campus in some way or another – and usually with the endorsement, if not assistance, of the university administration.

Religious liberty is being dispensed with at an alarming rate as well. After all, our culture has abandoned religious values. Once we’ve chiselled and hacked the last of the Ten Commandments monuments from in front of the last courthouses, we can put those quaint beliefs in the trash can alongside it. Businesses that disagree with gay marriage are being forced to shut down. Churches in Denmark have already been ordered to perform gay weddings, and there’s no reason to think that such things won’t soon begin to happen here in North America. Our tax dollars are used to fund Pride Parades that resemble public orgies. The Sexual Revolutionaries are not, for the most part, about living and let live. They are about compulsory acceptance.

All rights are now subject to sexual rights.

How we got here

The Sexual Revolutionaries didn’t just change history. They rewrote it, because that’s what revolutionaries always do. This struck me vividly when I was traveling in China, and our tour guide, a pretty young woman named Anna, was taking my friend and I from the Forbidden Palace to Tiananmen Square to Mao Tse-Tung’s Mausoleum, where the dead dictator still lies in state in a glass-covered coffin. After listening to Anna praise Mao for hours, I asked her how she could possibly believe he was good for China when, by some estimates, he presided over the deaths of nearly seventy million people.

First she was irritated, and then agitated. After informing me that Mao was a great leader, she ended our discussion by announcing, “Denying Mao would be like denying Communist Party!” And with that, historical truth was placed firmly in the backseat to ideological obligation.

In order to understand the sex-driven lunacy and carnage that has gripped our culture on virtually every front, we have to put history back in the front seat. We have to honestly analyze and understand how we reached this point, so that we can begin to realize what we can do – not to return, but to rebuild. To equip our children and the upcoming generation with the truth of what has actually taken place, and why it is that we believe what we do.

One thing we can do

This is precisely what Ted Byfield told me when I asked him what young people could do to begin the process of cultural renewal. Read history, he told me urgently. People will be stunned to find out what actually happened – “they will be astonished at the things we’ve done in [the last] century that made no sense at all. What should be emphasized in your generation is to find out what happened. In other words, read history.”

He’s right. Once we know what has happened, we will have a better sense of what is happening, and have vital context for the spreading social decay we are witnessing. That decay, as we will see, has become our culture’s new normal.

The Culture War is about how the Sexual Revolution triumphed in the Western World, and how Christians can respond. It can be purchased at TheBridgehead.ca.

Economics in One Lesson

We use the internet as a therapeutic, and do so at the cost of truth ***** Last week I came across a great article in the MIT Technology Review call...