University demands trigger warnings for pro-life display. But why? 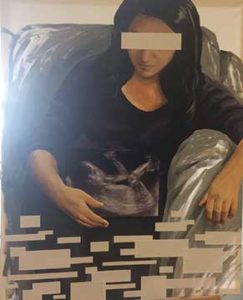 “The event conducted just beyond this sign may contain triggering and/or sensitive material. Right to life and or Pro-life messages and imagery are some of the topics included within this event. If you feel triggered, please know that there are resources to support you…”

Welcome to the University of the Fraser Valley (UFV)’s Student Union Building. The above excerpt is the exact wording of signs that were taped to doors and walls near our “Value of Life art display” this February.

How did it come to this? Some context is required.

Several years ago, some Reformed students began a pro-life club called “UFV Life Link” at the UFV in Abbotsford, BC. It has had between two and two dozen members of diverse backgrounds, with current membership sitting at around a dozen. Our club goals are to initiate discussion, increase awareness, and facilitate learning about life issues. Last year, we planted 10,000 pink and blue flags on the campus green, representing the 100,000 abortions that happen every year in Canada. The event was successful, yet controversial: virtually everyone on campus saw the display, some asked questions, protestors were respectful and we garnered coverage (albeit critical) in the school paper.

However, some students were vehemently upset that we had been allowed to have such a provocative display in the center of the campus. They used words like “triggering,” “offensive,” and “upsetting.”

Fast forward one year and the university did not want a repeat. Apparently, bad press and student outrage unnerved the administration enough to drive them to seriously limit the scope of Life Link’s outreach. When Life Link proposed an art display, the university immediately demanded it be set up behind closed doors with “trigger warnings” at the entrance. We obliged – an art display behind closed doors is better than no art display at all, and we recognized that images can have an immense impact upon students, regardless of the university’s attempts to censor their viewing. 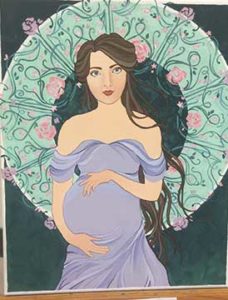 We didn’t see the trigger warnings until the day of the display and when we did we were staggered – both by the number of them and by their pernicious tone. Though the display itself was limited to an unimposing corner of the Student Union Building, all the entrances had warnings posted. Look at the pieces of art for yourself – you can see three examples with this post. There was nothing graphic. Meanwhile, this past September the university allowed a display about the persecution the Falun Gong face in China that had images of torture and organ harvesting. It was held with open doors and no trigger warnings.

This is not simply a debate over free speech (though it is that too). Rather, it is a debate about whether we are going to protect the basic rights of the weakest members of our society. If abortion is not ending a human life, there is no debate, and we would have no reason to stop abortions. However, there is truth in the pro-life message, and deep down, the other side knows it. That’s why they want the discussion far away from them; they don’t want to stumble upon it, or entertain discussion. The truth upsets them, and it does so because… confronting your own sins is always painful ordeal. To acknowledge your own support for a decades long crime as brutal as the mass killing of the most vulnerable would be unbearable. That’s why they want to hide the truth away.

We need to have this debate, but we can’t be consumed by hatred or frustration in propelling our message. We need to speak the truth in love and in a respectful manner. There are many people who suffer because of abortion, both distant and close to home. We often don’t know the context or the circumstances, and can therefore only endeavor to show the humanity of the unborn and to implore those who oppose us to delve deeper. As Christians, we cannot stop striving to initiate discussion – this debate is best done one-on-one in conversation, and there are countless resources to aid you in the discussion. Let’s shape our culture positively. Let’s not stay silent.

by Greg Dutcher 2012, 111 pages We can thank God that many "young and the restless" Christians are turning to Calvinism to find the rest they are ...

Envy dressed up as equality

A few weeks ago two of my daughters were fighting over a stuffed animal, both insisting it was theirs. I wanted to stop the fight but this struck me a...