An iPhone Hack to Try

“Two months ago, I pulled the trigger on a revolutionary move for me: I deleted the internet from my iPhone. I have access to all my essential apps, but I no longer have social media or access to any websites. I can do a quick Google search, but nothing more. I. Am. So. Glad I did.

“It broke my addictive habit of staring off into iPhone-world, and I don’t miss it a bit. I wish I did, actually: it would justify the *3 hours* of time (according to Screentime) I’ve saved every day NOT looking at my phone.

– Nicholas McDonald, reprinted with permission from his email newsletter The Bard Owl (ScribblePreach.com).

Two jests are better than one

A horse walks into a bar and orders ten beers which he quickly downs. The bartender says, “Wow – don’t you think you’re drinking too much?” The horse ponders for a minute and then responds, “I don’t think I am.” And poof, he disappears.

It’s at this point that the philosophy students reading this joke start to snicker, familiar as they are with Descartes’ postulate: “I think, therefore I am.”

The rest of us might have wished for some mention of the postulate right at the start. But that would have been putting Descartes before the horse.

SOURCE: A Joke making its way around the Internet

Don’t do the “dismal science” dismally

“It is no crime to be ignorant of economics, which is, after all, a specialized discipline and one that most people consider to be a ‘dismal science.’ But it is totally irresponsible to have a loud and vociferous opinion on economic subjects while remaining in this state of ignorance.”

During the two years RC Sproul Jr. taught university freshman English it became clear that many of his students had succumbed to the sickness of postmodernism. But Sproul was ready with a cure for their disease. In a 2006 speech he recounted how he administered the cure to one student:

“[A] student in the back blurted out, ‘There’s no such thing as objective truth.’ Just like that.

“And I said to him ‘you get an F in this class for this semester’ and then I went back to the conversation we were having. And, of course, in the corner of my eye I could see his blood pressure rising, and his face getting redder and redder. And he’s holding his hand up.

“He got madder. By now some of the students had figured it out. Some of them hadn’t, including that one. And he said, ‘I’ll tell the administration!’

“‘Welcome back to the human race,’ and then we went on with our business.”

SOURCE: Speech entitled: “The Weapons of our Warfare: Beauty”

“Where people might say, ‘well, that’s a bad Hopper, or a bad El Greco,’ I’ve never seen anyone say ‘that’s a bad Pollock.’ Either they’re all bad, or they’re all good.”
– Robert Cenedella arguing that abstract paintings (such as the work of Jackson Pollock) with its uncertain standards, are not great art. 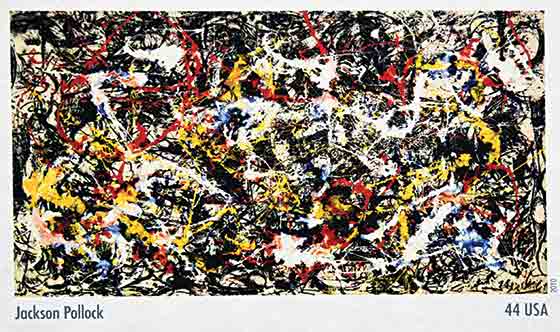 Blue hair as a death sentence? A few years ago headlines declared that Iceland had nearly eradicated Down syndrome. But they hadn't eradicated the sy...