I’ve shown this to all my kids – same reaction from all of them: “Wow!”

When someone says “There is no truth…”

As Greg Koukl explains, uttering the statement, “There is no truth,” in itself establishes the truth of at least 17 different things. So when we meet radical skeptics – those who doubt everything – we should challenge them to be “intellectually honest skeptics.”

“…we must be as skeptical about our skepticism as we are about our knowledge. We should take the burden of proof to defend our skepticism instead of simply asserting our skepticism. Anyone can assert disbelief. Whether they can make sense out of it is a different thing.”

This is how we do it here

With so many wanting just to tear down and destroy, here is an example to inspire: this is a town where police, churches, and Black Lives Matters protesters marched together.

Why the media is biased, even when they don’t mean to be

It’s the nature of the business for journalists to give more coverage to scandal, failure, and conflict, than for success, calmness, and competency. And what they cover, they encourage.

“Let me be clear: there is nothing wrong with beards, flannels, bonfires, work boots, pocket knives, pickup trucks, or hatchet throwing. In fact, it might do some of us a lot of good to put our phones down and spend some time in the woods. Nevertheless, God’s Word is more concerned with character than charisma…”

While working as an engineer for the US military space program, Spike Psarris examined the stars and planets. The evidence drove him to first become a creationist, and then a Christian. To share his findings, he crafted a series of 3 DVDs that explore Astronomy and the creation of the universe. While he is a soft-spoken man, his facts pack quite the wallop. And now he has turned his gaze to Pluto:

“I am in the process of updating my Solar System DVD. One of the major topics that needed updating was Pluto; my DVD was published several years before the New Horizons probe visited Pluto, and that spacecraft made many fascinating discoveries….This chapter is now finished, and you can watch it online for free here”

Are they devotionals, or doodles, or a wonderful combination thereof? For the last few years now, Reformed artist Jason Bouwman has been sharing thought-provoking pictures like the one below, and you can find hundreds more on his Instagram page. 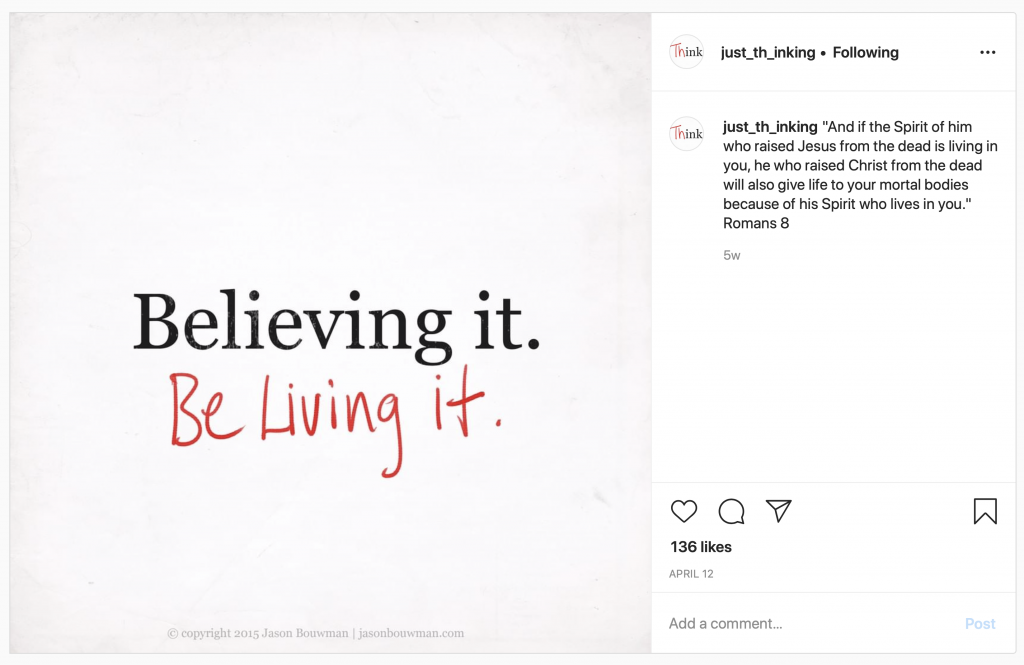 The Man in the Iron Mask

This comes under the category of: “Come and see what God has done: He is awesome in His deeds...” (Ps. 66:5). A country notorious for forced ste...