Everyone understands that because government laws impact thousands and even millions, the government won’t be able to anticipate all the consequences their laws will have…like shutting down a mission that fed homeless people. But why don’t we see those unforeseen consequences – those unanticipated harms – as a reason for the government not to make many laws?

Homeschooling parents in Germany lose right to educate their children

Parental rights aren’t just fragile in Germany (and Alberta and BC, etc.). Many attacks are government-led, but this past month a social media campaign was begun to #ExposeChristianSchools, asking people to share their horrible experiences in Christian schools. However, as WORLD magazine’s Laura Edghill shares, Christians took the opportunity to “expose” the wonderful and caring education they received.

Many are happy that a sincere, Reformed, and very public, Christian is now the coach of the Indianapolis Colts. But this former Reformed seminary president is also very publicly working on Sunday, and what message does that send?

When your child is disobedient…

When a child sins, parents often deal with just the immediate act. But sin is a process and parents need to deal with how our child got there in the first place.

Here’s how to tell if scientists are exaggerating 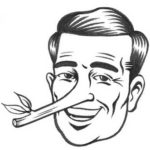 If they can’t explain simpler things, then we have no reason to believe scientists when they say they’ve got something far more complicated all figured out.

If you’ve ever wondered what money is, and how it gets its value, this 1-hour documentary will be intriguing. It is funded by Steve Forbes, a gold-standard proponent, and while it allows opponents to be heard, that bias does come out. You can watch the trailer below, and the whole documentary here.