Our heroes have feet of clay

You find them everywhere. They’re the people we look up to. They sing, they dance, they play hockey, they win battles and they found nations. They’re our heroes.

You know the people: George Washington, Wayne Gretzky, Winston Churchill, or Ginger Rogers. They’re larger than life figures that do larger than life things flawlessly. We want to be like them. 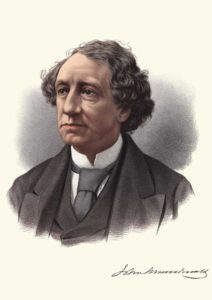 Unless you’re Canadian. When an Internet poll asked Canadians who their heroes were some of the results were predictable, like Terry Fox, but there were also a few less likely individuals. Do

n’t misunderstand, these people did some incredible things and were certainly larger than life. However, they were also hopelessly flawed.

One man who topped the list was Canada’s first prime minister, Sir John A Macdonald. It is to Sir John A. that much of the credit goes for the founding of the Dominion of Canada in 1867. He helped pull together a disparate bunch of English Canadian Reformers and Tories and united them with French Canadian Bleus. Then he got the British to bully Nova Scotia and New Brunswick into a grand confederation of colonies that formed the nucleus of the present day Canada. While that’s impressive, Canadians know Sir John A. in a more intimate way than that. You see, as most Canadians are aware, Sir John was bounced from office in 1873 for the Pacific Railway Scandal that involved suggestions of bribes, patronage, and all kinds of corruption. Additionally, the prime minister was a habitual drunkard. It was no secret for he bragged about his drinking, yet Canadians forgave him, returning him and his party to office in 1878.

There are other unusual Canadians as well. William Lyon Mackenzie King made the list of heroes for his impressive job of shepherding Canada through the Second World War. If that doesn’t sound impressive, keep in mind that when Prime Minister Borden tried to guide the country during the previous world war, he succeeded in alienating French speaking Quebec, and much of the farming population, as well as accidentally splitting the opposition Liberal party in two. King kept peace and tranquillity, while Borden created a political crisis that threatened to undo Canada. Though a master politician, Canadians were aware of King’s oddities, including consulting with mediums, and talking to his dead dog – stuffed and sitting on the mantle. 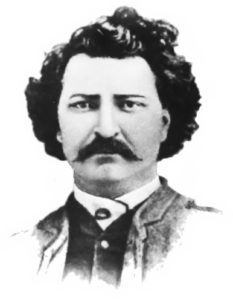 Louis Riel was also on the list of heroes. While the man who initiated the only rebellions Canada has ever had may seem an odd choice as a hero, to many Western Canadians Riel is exactly that. With his rebellions at Red River and then in the North West Territories, Riel was probably the first Westerner that ever made “the East” sit up and take notice, and to perpetually alienated Westerners, that makes Riel a hero.

However, Riel was a religious fanatic, believing himself a prophet and in communication with God. He had spent time in a mental asylum, and at the time of the 1885 Rebellion may have actually been mentally unbalanced.

In its heroes, Canada is an equal opportunity employer. One of the most significant women to make the list was Emily Murphy. A successful writer under the pen name Janey Canuck, a Member of the Canadian Parliament, the first female police magistrate in the British Empire, and a participant in the landmark “Persons Case” that gave Canadian women legal status as people, Murphy has had her reputation tarnished in recent years. The United Farmers government of the province of Alberta enacted the Sexual Sterilization Act in 1928 that allowed for the sterilization of the mentally incompetent and others unfit to parent. This version of eugenics, repugnant to most modern Canadians, was strongly backed by the otherwise progressive and reform-minded Murphy.

Canadians choices for heroes have been odd. The less savory facts behind the lives of most of Canada’s heroes are well known and thoroughly documented, but Canadians picked these people anyway. Someone once told me that you can’t tell an American something bad about their heroes. They don’t want to know about George Washington’s dismal military record as a British lieutenant, and they won’t listen if you tell them that Thomas Jefferson had slaves on his plantation. They certainly don’t want to hear any suggestions that Martin Luther King cheated on his wife, or may have plagiarized his dissertation. But Canadians are different. They know the weaknesses of their heroes and accept them for that.

The Bible also contains some unusual heroes, “heroes of faith” like Noah, Abraham, and Rahab. Noah got drunk, Abraham denied that Sarah was actually his wife, and Rahab was a prostitute. These were flawed people, but by God’s strength, they were allowed incredible moments and even years to do deeds that we still remember today. We look back at them, and we look up to them for those deeds.

Heroes are not flawless people. They make mistakes, but that doesn’t negate the good that they’ve been allowed to do. That doesn’t mean we can’t look up to them, but it does mean we can’t idolize them. It’s healthy to know that even great women and men have feet of clay, for it reminds us who is ultimately in control.

James Dykstra is both a student and teacher of Canadian history.

US homeschooling grows by a million

In 1973, there were as few as 13,000 children being homeschooled across the United States. From those small beginnings, the movement has grown over th...