New Gerber “spokesbaby” has Down syndrome 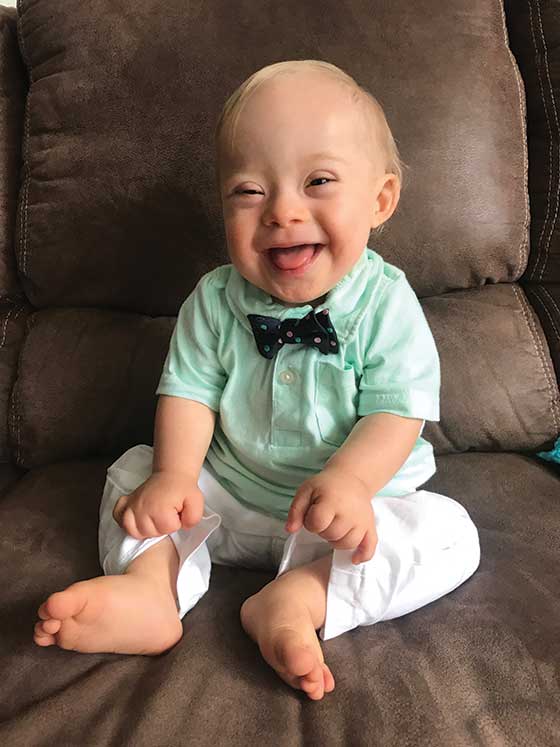 Since 2010, Gerber, the baby food company, had conducted an annual photo contest to find real-life Gerber babies – the winner is then their “spokesbaby” for the next year. One hundred and forty thousand families entered the contest this year, and the winner was one-year-old Lucas Warren, the first child with Down syndrome to be named a “Gerber Baby.”

“Every year, we choose the baby who best exemplifies Gerber’s long-standing heritage of recognizing that every baby is a Gerber baby,” Bill Partyka, chief executive and president of Gerber, said. The Warrens won a $50,000 prize, and with Lucas’s new title as the Gerber baby, he will be featured on Gerber’s social media channels throughout the year. He is the eighth winner of the Gerber Baby Photo Search.

We can be thankful that Gerber is celebrating Lucas, but we should also understand why it is that the world is valuing him. Lucas’s smile won him the iconic contest; he was picked because he is cute.

But around the world Down syndrome children are not being valued – these babies are being aborted, to the extent that in Iceland and Denmark there are almost no Down syndrome children. That’s because many think people with disabilities don’t amount to anything because they have more limited abilities in specific areas. But our value should not be about our abilities and what we can do; Lucas is valuable even when he’s not smiling! And that’s because his value – everyone’s value – comes from being created in God’s image (Gen. 1:27).

A secular defense of the Sabbath, and how it falls short