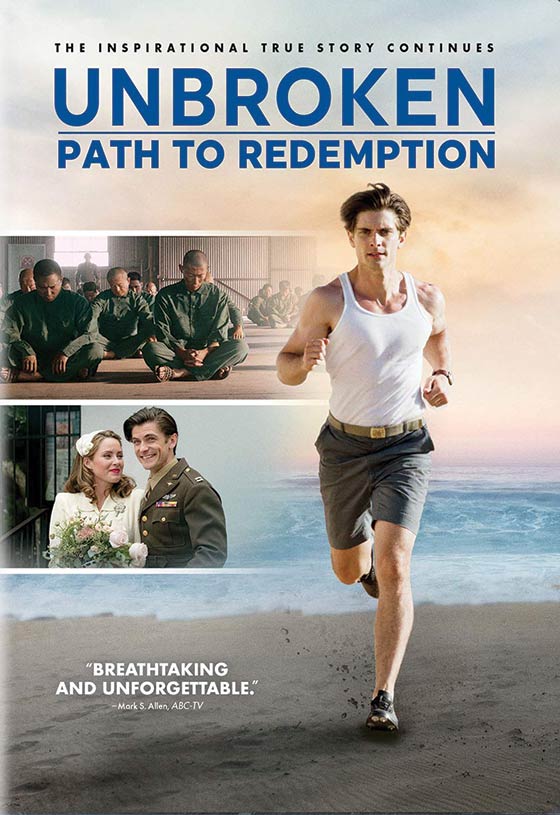 Unbroken, Laura Hillenbrand’s 2010best-selling biography of Louis Zamperini was so good two movies have been based on it.

The 2014 adaptation was a major motion picture that made more than $100 million. It was titled, simply, Unbroken. It focused on Zamperini’s World War II heroics, and his career as an Olympian. That film shared how he survived getting shot down, and how he spent 47 days on a raft in the middle of the Pacific Ocean only to be rescued by the Japanese. They then imprisoned him in a camp staffed by sadistic guards who tortured him for the rest of the war.

What was missing from this Hollywood production was Zamperini’s conversion, which gets only a passing mention right as the credits roll. Director Angelina Jolie didn’t see it as a significant part of his life.

But for Christians who’ve read his biography, Zamperini’s conversion is the obvious climax to his story. The Hollywood production was only half the story, with the best part still untold.

In Unbroken: Path to Redemption we get that second half. While this is a sequel of sorts, picking up where the other left off, it stands up well on its own too. The focus here is on what happened after the war when Zamperini returned home, got married, and had to wrestle with nightmares, despair, unemployment, marital troubles, and alcohol addiction.

Maybe this is why the first film stopped where it did: Hollywood didn’t know what to do with an unbreakable man who gets shattered. But this Christian production does. While the special effects aren’t at the level of a major motion picture, the acting is very good. And what makes this the superior adaptation is that it gives God his due. How was Louis able to survive it all? Only because God was there, every step of the way, protecting, pursuing, and forgiving.

Some Christian critics have noted Path to Redemption doesn’t go far enough into Zamperini’s brokenness and as a result, mutes some of what God does for him. That’s a fair critique, and I think some of my appreciation for this film is because, having read the book, I was already fully aware of that aspect. So this might be a better film when viewed as a follow-up to the book, rather than as a replacement for it.

There are a few cautions to share. First, Louis has some nightmares about his Japanese torturer. While these scenes aren’t gory, they are intense and would scare children under 10 (and maybe some over 10). During another nightmare, Louis imagines that in his sleep he’s mistaken his wife for a prison guard and has been choking her. It’s all just a dream, but we get a glimpse of it.

Also, one scene takes place on the beach with everyone in beach attire, but these are 1940s era bathing suits, so it isn’t risqué.

Finally, if you’re watching this with teens, you might want to mention that this is not a how-to on dating, as it shows a good Christian lass letting herself be unequally yoked to the lapsed Catholic Louis.

This is the film we wanted to see in the first place, telling the full story of the broken man made whole. If you enjoyed the book you’ll love this film. And if you saw the Hollywood production then you really need to watch Path to Redemption to get the rest of the story.

The $15 minimum wage - good intentions are not enough

by Jack Schaefer 1949 / 176 pages Sometimes I reread children’s literature because I enjoy being captured again by the quality of writing and th...