Getting to know J.I. Packer

James Innell Packer is a rather well-known author in Reformed circles. In fact, many people assume that Packer himself must belong to a Reformed, or at least a Presbyterian, church. Instead, Packer has been an Anglican his entire life, first in England (the land of his birth) and then later in Canada.

The son of working-class parents, Packer was born on July 22, 1926 in Gloucester, England. He became a Christian during his education at Oxford University. Through exposure to Puritan authors like John Owen, Packer also became a convinced Calvinist with regard to the doctrine of salvation. At several points in his life he was tempted away from the Church of England, but he has always remained a member. He was ordained in the Church of England, but only served in parish ministry for a short while before discovering his real vocation as a teacher of theology. In England, he taught at Tyndale Hall, Latimer House, and Trinity College. Finally, in 1979, he skipped over the pond to take up a professorship at Regent College in Vancouver, BC. 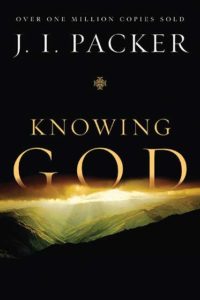 Packer has been well known as a conference speaker and writer, but probably less so as an editor. Notably, he’s been the general editor of the English Standard Version Bible, as well as the theological editor of the ESV Study Bible. He’s also served as an editor and advisor for Christianity Today.

One of Packer’s most well-known books has been Knowing God, first published in 1973. By 2001, this book has sold more than 1.5 million copies and been translated into more than 20 languages. It’s a book that puts the doctrine of God in simple language. Even when Packer tackles difficult subjects like propitiation (the turning away of God’s wrath through the cross), he communicates winsomely. It’s really not surprising that some Canadian Reformed pastors have even used Knowing God for their pre-confession instruction. It’s a solid book!

BACK AND FORTH AND BACK AGAIN

While there are many ways in which we can appreciate what God has done through this man, we also have to honestly acknowledge some of his weaknesses and failings. There was, for example, his involvement with a 1994 statement entitled Evangelicals and Catholics Together (ECT). This was an effort to unite Roman Catholics and evangelicals on a common theological basis with a view to taking a stand against societal evils like abortion. Unfortunately, this common basis resulted in the lowest-common-denominator form of essential doctrines like justification. Packer was a key player in the events leading to ECT and a signer.

Subsequently, Packer teamed with up with URC pastor Michael Horton to produce another document, Resolutions for Roman Catholic and Evangelical Dialogue. Now this statement, also from 1994, was soundly orthodox on the issues highlighted by ECT. But then, what one hand gave, the other took away (again!). In 1998, Packer was involved with yet another ecumenical statement along with Roman Catholics, The Gift of Salvation. This statement again compromised on the doctrine of justification by faith alone. 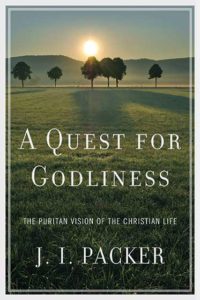 It’s regrettable that Packer has been rather inconsistent on some key biblical teachings. As just mentioned, he claims in some places to maintain justification by faith alone as a foundational doctrine, yet he readily gives this up when working with Roman Catholics. As another example, he claims to hold to the ultimate authority of the Bible, yet is lenient when it comes to evolution. In his 2015 biography, Leland Ryken writes that he cannot understand why some people get so angry at Packer. It’s no mystery: it’s because of his inconsistency.

However, one of Packer’s greatest controversies did see him taking a very bold stand. In 2008, Packer was pushed out of the Anglican Church of Canada because he refused to endorse same-sex marriage. This came at a great cost – he was defrocked as an Anglican clergyman. We can certainly commend him for his courage. Incidentally, soon afterwards, he was relicensed as clergy and admitted into the Anglican Church of North America. Thus, he continues to be an Anglican, though not in the “mainstream.”

On a personal note, I’ve benefitted from especially two of Packer’s writings. The first I came across was his volume on the Puritans, A Quest for Godliness. This had a huge impact on shaping my attitude towards those saints of old. For many people, this book has been instrumental in overturning misconceptions of the Puritans.

Later, when I pursued further studies in missiology, one of my required readings was one of Packer’s first books, Evangelism & the Sovereignty of God. I loved it! This slender book powerfully argued that a Calvinistic belief in God’s sovereignty is anything but a death knell for outreach – quite the opposite. Armed with what I’ve said about some of his inconsistencies, I’d say that this is one author with whom Reformed Perspective readers should definitely get acquainted.

The Gospel in 3 words

“[W]ere I asked to focus the New Testament message in three words, my proposal would be adoption through propitiation, and I do not expect ever to meet a richer or more pregnant summary of the gospel than that.”
– Knowing God

“Repentance, as we know, is basically not moaning and remorse, but turning and change.”
– on Twitter

Human responsibility and God’s sovereignty
“God’s sovereignty is a reality, and man’s responsibility is a reality too…. To our finite minds, of course, the thing is inexplicable. It sounds like a contradiction, and our first reaction is to complain that it is absurd….We ought not, in any case, to be surprised when we find mysteries of this sort in God’s Word. For the Creator is incomprehensible to his creatures. A God whom we could understand exhaustively, and whose revelation of Himself confronted us with no mysteries whatsoever, would be a God in man’s image, and therefore an imaginary God, not the God of the Bible at all.”
– Evangelism and the Sovereignty of God

Wretched man that I am
“A deepening sense of one’s sinfulness remains a touchstone of the genuine Christian life.”
– Rediscovering Holiness

Maintaining the motivation of elders and deacons

https://youtu.be/Oj29rx4ELFs The following is a rough transcript of Rev. Moesker's 45-minute presentation above. **** I've been asked to speak he...