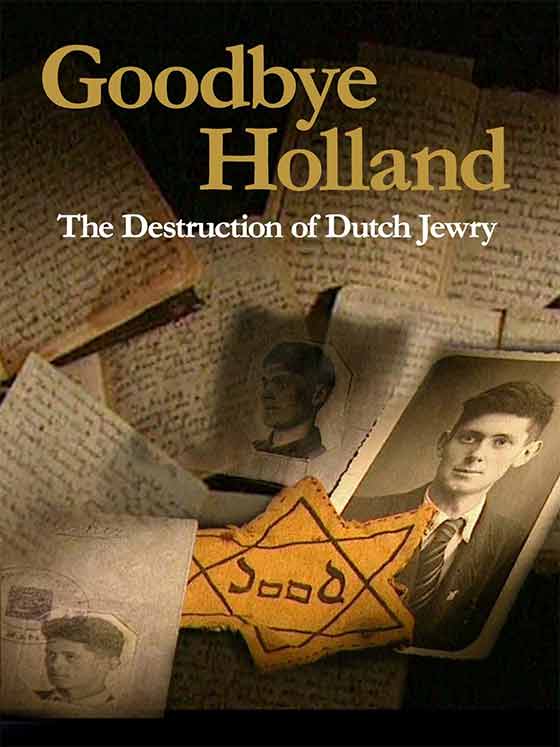 I grew up reading Piet Prins’ Scout books and Anne DeVries’ Journey Through the Night, learning about the courage of the Dutch Resistance during World War II. I also heard stories about how my grandparents and my friends’ grandparents hid Jews from the Nazis.

So it with shock that I learned three-quarters of the Jews in the Netherlands didn’t make it through the War alive. This was not the story as I had understood it! But it turns out that the heroes I read and heard about growing up were the exceptions, not the rule. That courage was so rare overall, but more common among our Reformed relatives, says something about the love they had for God. They were willing to risk their lives because they knew that whether they lived or died, they were the Lord’s (Roman 14:8).

However there were not many like them. Along with Anne Frank, more than 100,000 Dutch Jews were deported to concentration camps, and they were often rounded up by Dutch policemen, whose work was overseen by Dutch officials, and they were shipped off on trains run by Dutch engineers. The Dutch weren’t merely silent; many were among the Germans’ most helpful allies. It wasn’t simply apathy; it was betrayal.

That’s the point that director Willy Lindwer makes in this documentary. A son of one of the few Jewish survivors, he set out to discover why the Dutch allowed the Holocaust to happen in their country. He interviews both those who had the courage to help, and those who felt they had no other option but to go along with what the Germans were demanding.

It is with this second group, those who went along, that some of the most compelling discussions happen. This film was made in 2004, so six decades has passed since the War’s end, and yet some had still not learned anything from it. One 70-something-year-old described his wartime boss as a “righteous man” – this same boss had been a police chief who rounded up thousands of Jews for the Germans.

Though about half the film is subtitled (because the interviewees are speaking Dutch) it’s conversations like this that make the film so gripping. Evil men are supposed to look like Hitler, or Saddam – raving, shouting maniacs. But this man looks like your grandpa.

The Remembrance Day phrase “Lest we forget” speaks to how we must learn from the past. The value in this film – the reason it is a must-see – is precisely because the evil it uncovers is not at all dissimilar from the sort we see today.

Long before orders were given to deport Dutch Jews, they were excluded from government jobs. Then they were kicked out of public schools, and a few months later they were ordered to publicly identify themselves by sewing a Star of David on their coats. It continued step by step.

Why didn’t more of the Dutch resist? Maybe it was because each step, on its own, didn’t seem quite so objectionable. When the Dutch restaurant owners were told they had to exclude Jews or risk having their businesses shuttered, how did these businessmen think through their decision? Perhaps they thought, “I have to feed my family. And surely the Jews can…just buy their food at the grocery store, right?” So the Voor Joden Verboden (“For Jews Forbidden”) signs went up.

Today we also face a step-by-step mounting pressure to conform to evil. Abortion is the biggest evil of our time, of course. But remember Melissa and Aaron Klein, the Oregon couple who were asked to make a wedding cake for a same-sex couple? They were fined $135,000 for refusing. So the message the government sent was that Christians bakers can either bake the cake or lose their business. They can spend a few hours making a cake – just flour, sugar, eggs, and some icing – or lose the business that it took them years and piles of money to build. It’s no coincidence that so much pressure was brought to bear on something quite inconsequential – a $135,000 fine for not baking a cake that the same-sex couple could have easily purchased at any number of other bakeries. But the Devil wants to present the first compromise like it’s the only logical course to pursue.

BEST TIME TO SPEAK IS NOW

We can ask, as one of the film’s interviewees does, why didn’t someone just throw sand in the engine of one of those Nazi’s transport trains? It wouldn’t have taken much to slow down the Jewish deportation if only someone had being willing to sabotage the trains.

But the film also acknowledges the fears that drove many to inaction and collaboration. The Jews weren’t the only ones being shipped away to concentration camps – if you helped them, you risked being deported along with them.

And yet…there was a time when action wouldn’t have been so costly. There was a time when speaking out might have, yes, cost someone their job, but it wouldn’t have cost them their life. And we can only wonder what might have happened if more had spoken up then. Could the Germans have killed nearly so many if there had been a loud early voice arguing against Dutch collaboration?

What we must never forget, then, is that we shouldn’t delay in speaking up for what is right. We need to resist now, because if we wait, the pressure to stay silent and to go along will only increase. We need to speak now, because it is easier to turn things around before we’re heading full speed in the wrong direction.

Speaking up doesn’t guarantee success, but it is obedient. It does bring God glory. And because God has chosen to work through us, we never know what changes God might effect through us, if we’re willing to act in obedience. We can shake our heads at the state of our culture, or we can ask, like Paul, how can the world respond to God’s Truth if we’ve never shared it with them (Romans 10:14)?

There are so very many reasons to speak now.

The only caution to consider in this film is a perspective it offers on Jewish orphans being adopted by Christian couples. There were more than a thousand Dutch Jewish orphans at war’s end, and a well-meaning Christian group wanted to ensure they all went to Christian homes. They wanted to save these children’s souls, and planned to use adoption as a conversion tool.

What this overlooks is that God places us with parents, and He has also gives our larger families a role in raising us too. So should a child’s parents die, then it is because we are Christians and respect the God-given role of the family, that we would arrange for a Jewish child to go their closest relatives, whether Christian, Jewish, Muslim or whatever it might be.

But the director pushes for more than that. He thinks that a Jewish orphan, one with no relatives to adopt her, should still be sent to a Jewish family. But this elevates ethnic ties to the level of family ties. And that is giving ethnicity a status it doesn’t deserve – God doesn’t say we have to stay with people who look and act like us.

One hundred thousand Jews were deported from the Netherlands. It is a shocking figure. It took three years and 93 trains loads to take them all to Germany. And very few did anything to help them.

One hundred thousand is also the number of unborn children killed each year in Canada. What are we doing to stand up to the great evil of our time?

One place to start might be watching this film together with your family, or in a high school history class, and discussing the place of courage, fear, and apathy in our day-to-day conversations and interactions with the world. Many of our Christian grandparents didn’t see the matter of hiding Jews as a question to be weighed and considered – they simply did it because they knew God wanted them to love their neighbors (Mark 12:31). And they were comfortable with placing their families, their fortunes, and their lives in His hands. We have the very same faithful God. Do we have the very same faith in Him?

“Goodbye Holland” can be borrowed from many libraries, and US Amazon Prime members can view it for free here. Jon Dykstra blogs on movies at ReelConservative.com.

A Vow to Cherish