Dragons or Dinosaurs? Creation or Evolution? 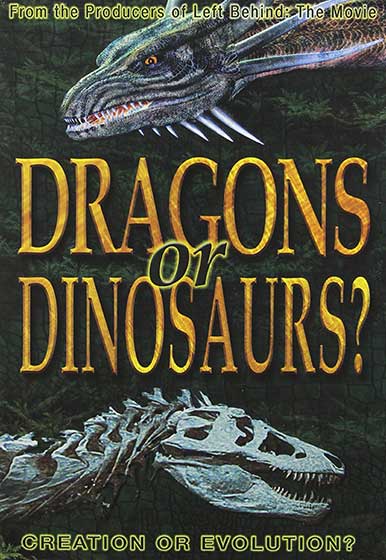 The Chinese lunar calendar cycle includes twelve animals, eleven of which are quite familiar to us: the rat, ox, tiger, rabbit, snake, horse, goat, monkey, rooster, dog and pig. The twelfth, however, is a mythical beast that no one has ever seen: dragon. But could we be wrong? Could the ancient Chinese be giving us a clue that dragons were once more than myth? Could they have been just as real as all the other animals in this calendar?

Dragons or Dinosaurs? argues, quite convincingly, that the dragon legends present in cultures around the world are actually describing dinosaurs. The dragons are described as large, scaled, reptilian animals that can sometimes fly, breathe fire, swim or eat people whole. These are descriptions that match up well with various dinosaurs that have been discovered: the flying Pterodactyl, the massive Sauropods, or the ferocious Tyrannosaurus Rex.

And we don’t have to rely on legends alone. Pictures of very dinosaur-like creatures can be found on pottery thousands of years old. Primitive paintings on cave walls, and detailed reliefs sculpted onto the walls of ancient temples, have been discovered that seem to indicate the artists were personally acquainted with dinosaurs.

Ancient historians, and some not so ancient ones too, present us with more to consider. We can read historical accounts of dragon-encounters that seem likely to have involved dinosaurs.

That these dragons may have been dinosaurs is not a conclusion evolutionists are willing to entertain. According to their version of events, man and dinosaur could not have lived together at the same time; they were separated by at least 60 million years.

Thus the point of this presentation: these dragon myths, historical accounts, and ancient artwork are a compelling argument against the evolutionary account. As the Bible explains, God created everything over the course of just 6 days, so men and dragons (or, rather, dinosaurs) did live at the same time!

This is a professionally produced, entertaining production. It gives a solid overview of the evidence, providing viewers with an idea of how very much there is.

The only caution concerns the DVD’s special features. They include a 28-minute mini-documentary called The Faith… behind the Science, which is awkwardly interrupted midway through with a 6-minute ad for Cloud Ten’s other films, including premillennial dramas like the Left Behind series. This jarring and quite annoying insertion ruins this mini-documentary, which would have otherwise been an interesting bonus to the main feature.

So skip the special features and this will be a fun film for families with older children – those with the required attention span for an 84-minute feature. And it is an absolute must-see for anyone who grew up devouring every book they could find about dragons or dinosaurs. There is also a book of the same title that may be of interest (especially since some copies include a copy of the documentary on DVD).

Teaching your kid to appreciate broccoli

or, Cooking up a recipe for contentment ***** One of the most common complaints I hear from other parents is how they have been unable to get their ...

by Cheryl Grey Bostrom2021 / 328 Pages This page-turner takes place in the Pacific NorthWest, a little north of Seattle, and tells the story of two...