4 books on the irreconcilable divide between Creation and Evolution

Four encouraging books to equip the Church in the current Evolution vs. Creation debates, listed by size, smallest to biggest.

No Adam, No Gospel: Adam and the History of Redemption 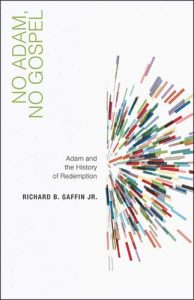 by Richard B. Gaffin Jr.

More and more professing Christians are accepting scientific theory that suggests that man-like mammals (hominids) preceded the coming of Adam by millions of years. Biologos, a well-funded organization, is also pushing evolution using scholars who have a conservative reputation to convince people to accept evolution. But what does affirming evolutionary origins of the human race do to the gospel? Can you affirm that Adam was not historically the first human on earth without jeopardizing the Good News?

Professor Gaffin clearly shows that “the truth of the gospel stands or falls with the historicity of Adam as the first human being from whom all other human beings descend.” After clearly explaining Romans 5:12-19 and 1 Corinthians 15:21-22, 45-49, Gaffin responds to The Evolution of Adam, a book written by a popular Old Testament scholar, Peter Enns. Gaffin shows how the views of Enns lead to a complete abandonment of the Reformed faith in its biblical understanding of sin, salvation, and death. Indeed, no Adam, no gospel! The results of accepting evolution theory are disastrous for the Christian faith.

Although a small publication, this booklet is timely and packed with excellent biblical insights. I highly recommend it.

The Faces of Origins 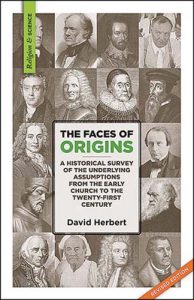 It’s often said that new scientific knowledge has made it impossible to continue to accept the truth of the Genesis creation account, that this new knowledge meant scientists had no choice but to accept evolution.

Herbert challenges this narrative. He says it wasn’t the new knowledge, but a new worldview that led to the rejection of the Genesis creation account. Western civilization left a worldview based on biblical revelation, where God was actively involved in history, and instead embraced a naturalistic worldview based only on reason. Naturalism believes that natural processes alone are sufficient to account for life and creation.

Herbert shows that for eighteen centuries a biblical understanding of origins had the upper hand. Real change came during the seventeenth century. Indeed, BenoÎt de Maillet (1656-1738) was the first modern uniformitarian and evolutionist.

Once scientific findings were interpreted without God, through the lens of naturalism, evolution became the most popular explanation of our origins. This in spite of the fact that the empirical evidence points to design and not evolution. The price of excluding God and denying Genesis is high. It has led to a resurgence of atheism.

This book is a great and easy read.

By Design: Evidence for nature’s Intelligent Designer – the Go 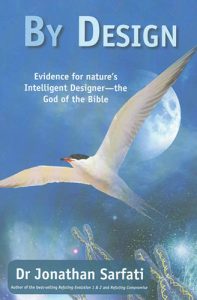 The Bible tells us that God’s “invisible attributes, namely, his eternal power and divine nature, have been clearly perceived, ever since the creation of the world, in the things that have been made, so they are without excuse” (Rom 1:20). One implication of these words is that scientists who study creation must be able to see something of God’s awesome power and wisdom. Yet, most mainstream scientists steadfastly refuse to give glory to God and instead seek to honour the god of their making, the theory of evolution, to account for the wonders of creation.

This delightful book illustrates magnificently how God’s glory can indeed be seen in his handiwork. God’s design is evident everywhere and it all argues against evolution. For example, God has put an incredible amount of information in creation to enable everything to work properly. “There is enough information capacity in a single human cell to store the Encyclopaedia Britannica, all 30 volumes of it, three or four times over.”

This book is chock-full of all sorts of examples of God’s wonderful design, including the incredible designs allowing sight, smell, flight, orientation, and stickiness. Critics are answered and God’s wisdom is celebrated.

Understanding Genesis: How to Analyze, Interpret, and Defend Scripture 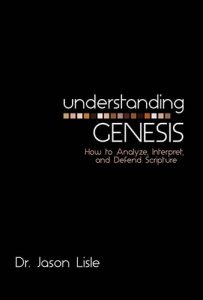 Building on his The Ultimate Proof of Creation (2009), Jason Lisle, who has a doctorate in astrophysics, goes into considerable detail in outlining the rules and principles for correctly interpreting God’s Word. He wants to logically refute faulty interpretations of Genesis and equip Christians to defend God’s Word against compromised positions, especially with respect to Genesis. These concerns take up the first half of the book.

The second part of the book goes into considerable detail in applying sound principles of interpretation to the matter of geocentricity, the age of the earth, theistic evolution, and the extent of the Genesis flood. Two appendices on a defense of the Trinity and formal fallacies round off the book.

Lisle’s approach is sound and he does an excellent job in fleshing out how to interpret Scripture. He resists the temptation which earlier creationists like Henry Morris fell into by claiming that the Bible is a scientific textbook and so this book appears to be a significant improvement in the manner in which the Bible Is used. Lisle rightly prioritizes Scripture over scientific theories and through careful exegesis wants to let the Word of God speak.

This is a very helpful book.

Dr. Van Dam is the Emeritus Professor of Old Testament at the Canadian Reformed Theological Seminary and the author of several books including “The Deacon: The biblical roots and the ministry of mercy today,” and “The Elder: Today’s ministry rooted in all of Scripture.”

Surviving Religion 101: Letters to a Christian Student on Keeping the Faith in College