How I Changed My Mind About Evolution is a recent book featuring 25 evangelical theologians and scientists, each taking a chapter to explain why they have adopted the theory of evolution. The editors note at the outset that fully,

“69% of Americans who faithfully attend church weekly believe that God created humans in their present form less than ten thousand years ago.”

The goal of this book is to reduce the number of evangelicals holding this view.

Instead of laying out the evidence of Scripture and the findings of scientists, they opt to tell their stories. And while each contributor has his or her unique story, one can notice that a number of themes recur in the stories. I want to note three major ones. 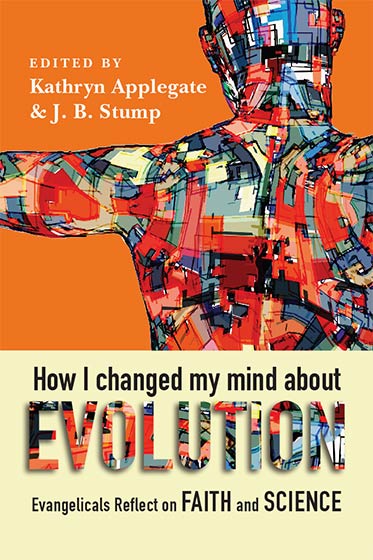 John Walton’s approach to Genesis 1 & 2 was raised by several of the authors, who echoed his argument that the Genesis account only attempts to answer the “who” and “why” of creation, not “how” God did it.

Walton claims that Genesis is simply the Hebrew version of an Ancient Near Eastern (ANE) origins account and that such accounts are only intended to teach the function and purpose of each part of the created world. The origins of the material stuff of creation, and the way the world was brought into being, were not the concern in such accounts.

And since, according to Walton, Genesis is like these other ANEs, it wasn’t trying to explain how the world was made either, but was only trying to point to who did it. Genesis thus sets out to refute the views of surrounding nations by attributing the existing world to the Hebrew God instead of the pagan gods, and presenting the earth as God’s dwelling, his temple.

These claims of Walton have been soundly refuted by Noel Weeks in an article in the Westminster Theological Journal (78:1 [2016], 1–28). Walton incorrectly interprets the ANE texts, brings together ANE texts from extremely diverse times and contexts, and, I might add, presents an exegesis of Genesis 1 & 2 that overlooks all the points that don’t fit with his interpretation. He also makes words like “create” and “make” mean things they simply don’t mean.

I’ve listened to Walton deliver his insights in several long speeches and I’ve read one of his books. Unfortunately, John Walton has had a dramatic effect in terms of opening the way for Christians to hold to an evolutionary account of the origins of the universe, and even of the origins of life. As, J.B. Stump, one of the book’s contributors wrote, Walton’s scholarship “has been a gateway for me (and many others) to consider a more sophisticated treatment of Scripture.”

Quite a few of the contributors referred to Scripture and Creation as “two books”:

Theologians are said to draw from the first; scientists from the second; and both of these “professionals” are supplying us with interpretations of divine revelation.

This metaphor – of equating certain scientists’ conclusions as being God’s general revelation, and then calling this “revelation” complementary to the message of Scripture – has been around for some time. It may originate in a misuse of article 2 of the Belgic Confession, where the “the creation, preservation, and government of the universe” is said to be like a “beautiful book.”

One contributor even speaks of “reading the big book of creation alongside the little book of Scripture,” telling scientists that they are “thinking God’s thoughts after him.” Another says that the “book of [God’s] works is one that He desires us to take, read, and celebrate.”

But the Scriptures never speak of general revelation in this way. Rather, the general revelation that is available to all people in the world is enough to make them know that there is a God, and that he should be served and praised (Ps 19:1-6; Acts 17:24). This revelation leaves them without excuse when they suppress the knowledge of God and substitute idols in his place (Rom 1:18–20).

Meanwhile, the discoveries of scientists are not revelations from God, but human interpretations of data that are fitted within particular theories. The Lord never promised a correct interpretation of nature, but he did promise to lead his people in the rich pastures of his Word by the working of his Holy Spirit. Further, since all people, because of sin, suppress the knowledge of God from creation, Scripture must correct those misconceptions; thus, the clear message of Scripture must have precedence.

Finally, the third major theme I picked out was not a theme the authors themselves highlighted, but rather, something I noticed. It felt to me that the arguments they mentioned against evolution were some of the weakest; they were blowing over straw men.

But these are not the actual arguments used by “young” earth creationists!

N.T. Wright’s contribution – an excerpt from one of his books – tries to trivialize the entire young earth position by treating it as if it were merely a tempest in a North American teapot. He speaks as if only unsophisticated revolutionaries would ever treat the biblical text in such a fundamentalist way. Similarly, another contributor states,

“Despite twenty-five centuries of debate, it is fair to say that no human knows what the meaning of Genesis 1 and 2 was precisely intended to be.”

I would have expected the editors to excise such nonsense.

Readers must also endure the expected jab at Bishop James Ussher, who concluded that God created the world in 4004 B.C.. In fact, Ussher was one of the most learned men of his time, and sought to determine creation’s date because this was an exercise that many other scholars around him had sought to do. Indeed, many Jews still give today’s date as determined from the moment of creation – today, as I write, it is 17th of Tishre, year 5779 since creation began.

Finally, all sides in this debate ought to agree that pat responses such as “with God one day is like a thousand years,” will never suffice, and, in fact, represent a misuse of Ps 90:4 and 2 Pet 3:8.

How I Changed My Mind About Evolution was never intended to marshal all the arguments in favor of evolution. Rather, it tells the stories of various evangelical theologians, pastors, and scientists. As such, its style is completely in line with the purpose of its publisher BioLogos, which aims to “translate scholarship on origins for the evangelical church.” In other words, the book seeks to make evolution seem acceptable by holding up this collection of twenty-five models for evangelical believers to follow. They hope to reduce that statistic of 69% that was mentioned at the outset.

However, the book only leaves me unimpressed, inasmuch as some of the strongest arguments, the three that recur the most often in the book, the ones that seem to have opened the way for these 25 evangelicals to change their minds about evolution, turn out to be very bad arguments.

A version of this article first appeared at CreationWithoutCompromise.com, Dr. Ted Van Raalte is Professor of Ecclesiology at the Canadian Reformed Theological Seminary.