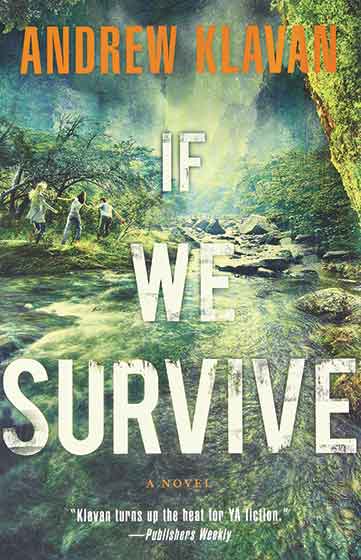 “We came to Costa Verdes to build a wall. I just wish I could tell you that all of us made it out alive.”

Will Peterson is a 16-year-old visiting a small Central American village with his church’s mission team, there to help rebuild the local cinder-block school. They’ve finished the work and are waiting in the cantina for the bus to take them back home when the room is suddenly filled with rebel soldiers and the pot-bellied, smiling waiter, who had been joking with them only moments before, is now on the floor, shot dead by the rebel leader.

What happens next is a not-so unusual chase-type adventure. The rebels have taken over the government and are executing anyone for any reason, and they don’t want to let any American witnesses get out of the country alive. So now these church kids, along with an unexpected helper, are on the run, barely staying ahead of these murderous bandits.

What makes this something special is the characters in it. The most intriguing might be Jim Nolan, a 16-year-old intellectual who has read the biography and op-ed articles of the country’s rebel leader…and who believes everything he’s read. Even when the rebels start killing people, Jim is sure they’re fighting for justice. Even when the guns are turned their direction, he’s just as sure that it’s all a horrible mistake, and if he can only talk to someone, things can be straightened out. Jim steadfastly holds onto his rebel sympathies despite all the bloodshed around him. Author Andrew Klavan makes clear why Jim remains so loyal: because a lot of what he’s being reading, about how the government was oppressing the country’s poorest, is entirely true. Klavan isn’t taking a cheap shot at the naivety of liberals here – this is a more nuanced look that admits the problems the Left points out might well be problems, even as the solutions they suggest are no solutions at all. Or, in the context of this story, just because the government is bad doesn’t make the rebels good.

That’s an important lesson for Klaven’s target age group to learn, as teens (and many an adult too) will often stake their ground, not on God’s Truth, but simply as a knee-jerk reaction against lies they’ve been able to see through. Christians need to understand that the opposite of a lie is not necessarily the truth – as was once said, there are two ways to fall off a horse, and to react against one lie might well be to overcompensate and fall for the equally wrong but opposite error.

Will is also a well-developed character. He came on the trip as a way of escaping his home life: mom and dad are always arguing and, he thinks, on the path to divorce. But now, unbelievably, things have gotten a whole lot worse, and as Will and the others bounce from one crisis to another, he has to battle a very understandable sense of panic. He does so by remembering two things:

While praying is always good advice, the way Will’s prayers are depicted in the story makes it seems like it is more the act of praying, and not the God he is speaking to, that really helps Will.

Another caution worth noting is that while the church mission group is Protestant (and seemingly some sort of conservative Evangelical) there are positive, if brief, portrayals of other religions. This includes Roman Catholicism, in which a priest has a key role in saving them, and the villagers’ ancient spirituality, when the missions group is invited to sit in on a pagan festival of lights. However, Will keeps to the facts, describing what they see, but not digging into what it all means. A discerning reader would have reason to presume Klavan believes Roman Catholicism isn’t importantly different from Protestantism, but that isn’t a message the author is trying to hammer home here.

This is a gripping read that any teenage boy would really enjoy, and dad won’t mind either. And if dad does join in, this could be a leap off point for some really good conversations about:

So, overall, I’d recommend this for teen guys with a little discernment, and a willingness to talk things through with their parents.

A conversation on authority

It was the type of conversation that, in other circumstances, the two friends might have had at a quiet pub, over a couple of beers. But with the pub ...

When it comes to witnessing, are we just too impatient?