A group of 50 BC doctors are challenging Dr. Henry’s vaccine mandates in court

During the past two years, Canadians in the medical field who were skeptical about COVID vaccines have faced difficult decisions and challenging work environments. If they were unwilling to be among the first to get the jab, they’d no longer be allowed to work in hospitals and extended care homes. And even as restrictions have eased in most of the world, in British Columbia unvaccinated healthcare workers are still barred from working in public healthcare facilities.

Now a group of British Columbia physicians – the Canadian Society for Science and Ethics in Medicine (CSSEM) – along with some like-minded nurses, are trying to get that reversed. They’ve submitted a petition for a judicial review of the COVID restrictions. They are asking that a judge rule on whether or not it is reasonable that these employment bans on the unvaccinated continue in light of the current state of the pandemic.

Dr. Matt Dykstra of Smithers, BC helped form the CSSEM. He has deep roots in the Smithers area and in the local Reformed community. While he moved away for post-secondary study, he returned to northern BC in 2019 with his wife Fio and their growing family to take over a family practice. During the first couple of years Dykstra spent time with patients at his practice, made house calls, and made rounds at the local extended care home and hospital, where he regularly worked in the emergency department.

Then COVID turned things upside down.

Dr. Henry decides for everyone

In October of 2021, BC’s Provincial Health Officer, Dr. Bonnie Henry, made vaccines mandatory for all healthcare workers: get vaccinated or be prepared not to enter public healthcare facilities. Dykstra was hesitant about taking the vaccine himself, and struggled to find any strong evidence that his unvaccinated status posed a risk to his patients: he believed that more time was needed to study the effects of these new inoculations on different age groups, and that a one-size-fits-all mandate was not a helpful medical directive.

Although he maintained a low profile on the issue, it was not long before he found himself in the center of a controversy. Dykstra was the only one, of more than a dozen local area doctors, who did not sign a statement of unconditional support for the vaccine and the vaccine mandates. When the healthcare workers’ mandate went into effect, he was no longer able to provide services in the local hospital’s emergency department or maternity ward, nor to see patients there or at the extended care facility.

Since over a third of his practice’s revenue had come from Dykstra’s work in these public facilities, his decision to abstain from the vaccine had a very real effect on his income and workload. Dykstra is thankful that he has been able to continue to see patients at his practice. While a handful of Dykstra’s patients chose to find other doctors, nearly all remain under his care, and many have been supportive whether or not they received the vaccine themselves.

However, over a year after the mandate went into effect, Dykstra and many other doctors and nurses remain shut out of public healthcare facilities.

“Essentially, we are forcing Dr. Henry to show her evidence – which I believe doesn’t exist, or the medical society would have received it by now – or have the mandate rescinded. Alberta Health has already rescinded their mandate and has been hiring back their health care workers… I believe these mandates are not reasonable, and must end… [When] the mandates are defeated, unvaccinated lab techs, receptionists, unit clerks, and others will also get their jobs back along with us doctors and nurses.”

He expressed concern over the manner in which the vaccines were pushed on both doctors and on the general public – that pressure, he said, is not in alignment with physicians’ classical training surrounding important ethical principles.

“What bands us in the CSSEM together is our adherence to the pillars of medical ethics: bodily autonomy – the patient decides what happens to his/her own body, and it’s wrong to force care/medications/vaccines/treatments on someone; and informed consent – ensuring the patient has all the information related to the benefits and risks of accepting a proposed treatment and the benefits and risks of rejecting a proposed treatment.”

Dykstra believes that neither doctors nor government workers should put undue pressure on the public to accept a “one size fits all” course of treatment.

“The vaccine mandates forced doctors to give medical advice without using their own professional judgment, and without allowing patients to see both the positives and negatives of the vaccines.”

Dykstra also wishes to clarify that in opposing the vaccine mandate, he isn’t trying to say others were wrong to get vaccinated.

“My hope is that your readers who chose to get the vaccine did so because they thought it was the best choice for them and their families – that’s great. But for those who got vaccinated under threat or coercion – I’m sorry the medical system did that to you, and that most doctors didn’t oppose.” 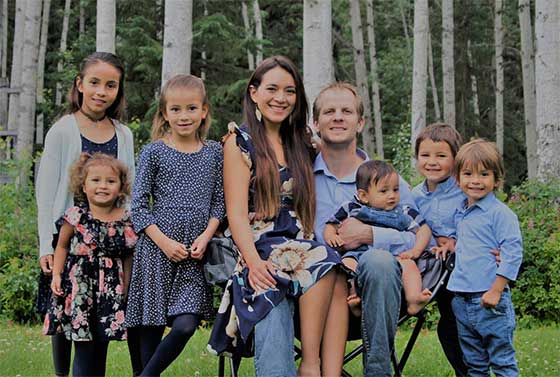 As for fighting this coercion, Dykstra feels quite strongly that doctors should lead the charge. “I don’t think it’s the mechanic’s or teacher’s duty to fight against the crumbling of medical ethics as much as it is mine.”

The fifty physicians who make up the CSSEM have spent about $150,000 of their own funds on this legal challenge. They have asked for public support for the remaining $300,000 they expect to spend to see this review all the way to its end. While Dykstra himself was initially reluctant to ask for donations, his wife Fio reminded him that this is a cause that many people feel strongly about, and that donating may be a way for them to show support to healthcare workers in this predicament. Dykstra ended up sending a letter to members of the local Canadian Reformed and United Reformed churches in the Bulkley Valley (Smithers, Telkwa and Houston), and to other friends and supporters, explaining the upcoming judicial review, and inviting them to support this work by donation or letter.

“The response has been very positive; it’s been a great encouragement,” said Dykstra. “Many people have reached out, even if they’re unable to contribute, to thank me… for standing up in what I believe in, and that’s regardless of the people’s vaccination status.”

You can find out more about the Canadian Society for Science and Ethics in Medicine and their court case at CSSEM.org.

Can two denominations become one? What are the state of CanRC and URC unity talks?

"Into the Light" will equip God’s people to fight the pull of pornography This is an overview of an episode of Lucas Holvlüwer and Tyler Vander...

A Christian take on Jordan Peterson the man, and the phenomenon (5 minutes) There's much to admire about Jordan Peterson...but we don't want to leave...