5 books to help us never forget

Next week will mark Remembrance Day, and to help us remember these men and women – many in uniform, and also many who were not – here are 5 books about their courage and conviction. There is something here for every age.

By reading these – especially together with our children, or maybe in a book club with friends – we can be inspired and prepared. These stories remind us of why some wars need to be fought, and through these stories we can better appreciate those who fought for us so long ago. They provide us examples worth imitating for the battles, big and small, physical, and in our cases more often spiritual, that still need to be fought today.

The reviews that follow have been arranged by the age of the intended audience – youngest to oldest – though all of these would be enjoyed by adults too. 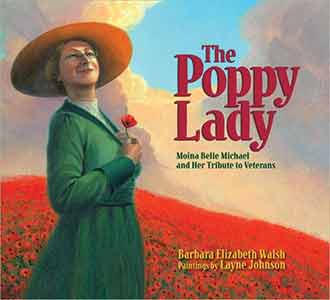 How did poppies become the symbol for Remembrance Day?

This beautifully illustrated (I love the water colors in this book – it’s a treat just to look at it!) and well-researched children’s picture book tells the story of Moina Michael, who was 45 when World War I broke out. She was a teacher at the University of Georgia’s Normal School and realized that every home in America would be affected. “Her girls” would see fathers, brothers and sweethearts sent to the war front. As the war progressed, she did what she could to help.

Her motto from a young age was “Whatsoever your hands find to do, do it with all your might.” When she read John McCrae’s poem “In Flanders Fields” she knew what she had to do for all her beloved soldiers. She went on a search for poppies and found one large red poppy and 24 small ones in a department store. She put the large one in a vase in the YMCA canteen and gave 23 away. From that small, significant gesture, the Poppies have become a symbol of remembrance and bring much needed funds to help the veterans.

The book has an epilogue that is helpful for teachers or parents who wants to tell children more about the history of the poppy. This book would be an asset to any elementary school library.

Innocent Heroes: Stories of animals in the First World War 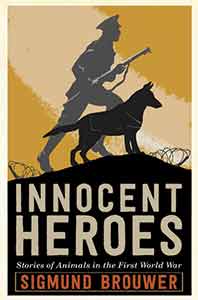 Animals had a bigger role in WWI than most of us realize. Author Sigmund Brouwer has taken heroic stories of these animals and, in the interests of making a continuous, compelling storyline, fictionalized the details, placing all the animals in just one Canadian platoon, the Storming Normans.

While each chapter is built around the story of a particular creature –a cat, a bird, two dogs, a horse, a mule, and a lion – the book’s main characters are three fictional Canadian infantry soldiers. In the trio of Jake, Charlie, and Thomas, the author gives us soldiers who couldn’t have more different backgrounds, with Jake a farm boy, Charlie the city-dwelling millionaire, and Thomas a Cree Indian.

With this “odd couple” friendship Brouwer injects his story with humor even in the midst of the horrors of war. It also allows him the opportunity to educate readers as to how Natives were treated on the front lines and back home in Canada during this period.

My highest praise for a book is that it is so good I have to read it to my family – we’re loving it! Brouwer has weaved these animal stories together into a compelling book that tackles some tough topics at an age-appropriate level for pre-teens and teens.

War in the Wasteland 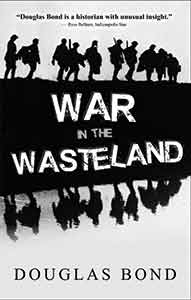 “Second Lieutenant C.S. Lewis in the trenches of WWI” – if that doesn’t grab you, I don’t know what will. War in the Wasteland is a novel about teenage Lewis’s time on the front lines of the First World War. At this point in his life, at just 19, Lewis is an atheist, and his hellish surroundings seem to confirm for him that there is no God.

Now when men are hunkered down in their trenches waiting through another enemy artillery barrage, there is good reason, and plenty of time, to talk about life’s most important matters. Bond gives Lewis a fellow junior officer – Second Lieutenant Johnson – who won’t let Lewis’s atheistic thinking go unchallenged. Their back and forth sparring is brilliant; Bond has pulled the points and counterpoints right out of Mere Christianity and other books Lewis wrote when he became the world’s best-known Christian apologist.

Bond has crafted something remarkable here, capturing in grim detail what it must have been like to live, eat, and sleep barely more than a stone’s throw from enemy troops hidden away in their own trenches.

I think older teens and adults who have an interest in history, World War I, apologetics, or C.S. Lewis are sure to enjoy War in the Wasteland. 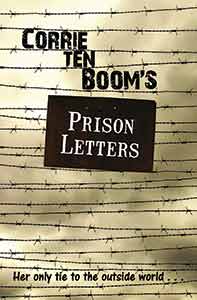 This is a collection of the correspondence between Corrie Ten Boom and her family while she and her sister Betsie were being held in prison by the Nazis during World War II.

If you haven’t already her remarkable wartime biography The Hiding Place, then you must read that first. It recounts how her family hid Jews, not because they were brave or courageous, but simply because they were obedient to what they knew God was calling them to do. We see how God sustained them. It is a book of doubts being answered, and God being found sufficient even in the most trying of circumstances.

If you loved The Hiding Place (and I don’t know anyone who hasn’t) then this collection of letters will act as a moving appendix to that remarkable book. It is the same story, but told a very different way, one letter at a time. However, because no correspondence was allowed in the Ravensbruck Concentration Camp, where Corrie and Betsie were sent last, the book ends abruptly. So, this will be a wonderful supplement to The Hiding Place, but it is not one to read simply on its own. 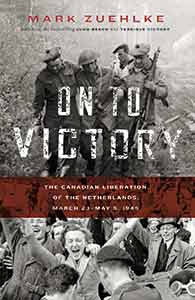 This book is a detailed account of the Canadian Army’s advance into the Netherlands and northwestern Germany during the last phase of World War Two. It is written in a popular (rather than academic) style and frequently relies upon first-hand reports provided by the soldiers themselves for a vivid narrative of combat and other experiences of frontline troops.

For this part of the war, the Canadians were superior to the Germans in almost every way, but the terrain heavily favored the German defenders. The ground was frequently too soft for military vehicles so they were confined to roads, making them easy targets. As well, there were a large number of rivers and canals that had to be crossed to reach objectives. The Germans would blow up bridges as they retreated, and time after time the Canadians would have to cross by boat in the face of enemy fire.

One of the most interesting aspects of the book is the frequent accounts of heroic actions by individual Canadian soldiers. When the chips were down and the situation looked grim, some responded with acts of bravery that could be straight out of a Hollywood-style movie. For example, when Major Harry Hamley found his unit pinned down and threatened by a German attack he grabbed a large machine gun.

Charging into the face of enemy fire, Hamley burned through a magazine as he ran, shooting eight Germans dead, wounding several others, and scattering the rest.

There were many such real-life heroes.

We learn here that the Canadians were not reluctant combatants. When Dutch authorities requested that Canadian forces undertake a particularly dangerous mission, the Canadian commander consulted his troops about their willingness to attempt it: “There wasn’t the slightest hesitation or any objection raised, they were prepared to lay it on the line for the Dutch people.”

Author Mark Zuehlke goes into much detail about individual army units and their experiences as they move from one objective to another, fighting much of the time. Many of the events described occur simultaneously in different parts of the Netherlands and northwestern Germany. At times it can be difficult to keep track of how each event relates to the others. This is not the fault of the book so much as a reflection of the large battlefront continually in action.

Thankfully, there is a series of maps at the front of the book, making it possible for the reader to keep track of events as the Canadian Army advances over a broad geographical front taking in numerous cities, towns and villages. There are also two sections with photographs.

In short, this book lucidly describes a period of history that will make any true-blooded Canadian feel proud, and anyone of Dutch roots so very grateful.

Last week we shared our 10 most popular posts of 2020, all of which got thousands of reads. In contrast, the readership for each of our Top-5 "most o...